A SMALL PUNCH IN A LITTLE TOWN (SNEAK PEAK)

After a young man king hits an outsider visiting town, it triggers off a spiral of events, twists, and turns, and eventually revels dark secrets within a small community.

Luke is a multi award winning film maker that has been working in the Film & TV industry for over 20 years. He has also been working as one of Melbourne's most trusted acting tutors for over 15 years.
Luke has written, directed and/or produced over 100 short films, documentaries and plays and has recently moved into feature films.
Luke studied as an actor at Stella Adler in Hollywood in 2000 and has continued to return there regularly to further his knowledge of the craft. 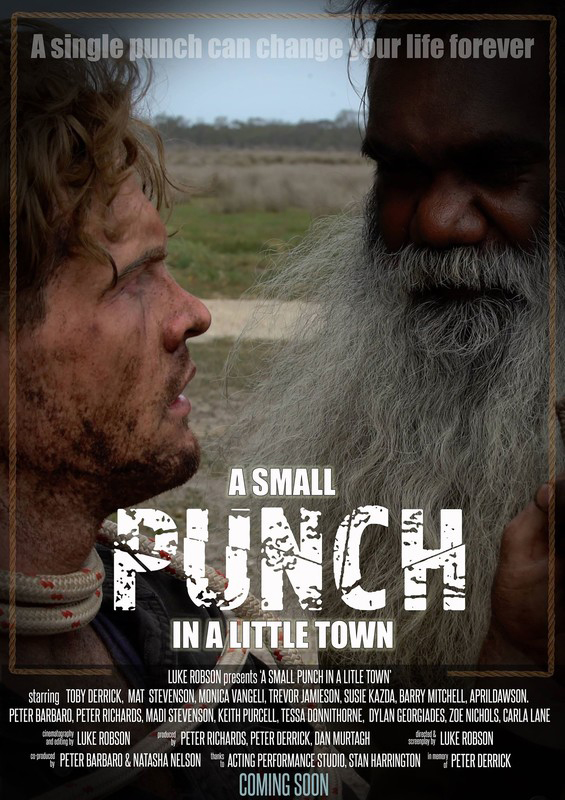