Teaser trailer for the feature film based on the award-winning science fiction short, Enthusiasm Abounds.

Our short Enthusiasm Abounds was a huge critical success and we're ready to begin work on a feature set in the same universe. Join us on that journey.

Anthony is an actor, writer, and filmmaker based in Los Angeles. His prior film projects have been screened around the globe and have won multiple awards. His current goal is securing funding for his next feature film. 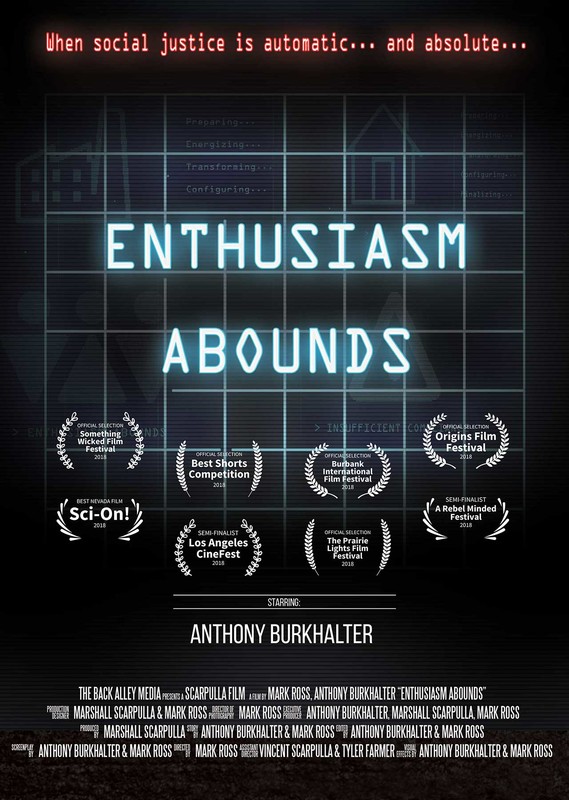