The film tells the story of the workers in the southern Shuaiba station of the Ministry of Electricity and Water during the Iraqi invasion of Kuwait 1990 and after liberation 1991. It tells the testimonies of workers that they faced from this aggressor during their work in the station and the other part of the film touches the stage after liberation and trying to restart the station and the operation of electricity and concerted efforts at the time.

"I studied in Kuwait Cinema Club with Nasser Kermani and I completed studies online.br> I work in live programs and in small advertisement as a Director.
I start filmmaking from 2014 with the film “Country of Humanitarian”, a Dramatic Documentary that participated to Alexandria Film Festival.<
In 2015 I worked on the movie “Watan Story”, in 2016 I was Assistant Director in the movie“Hazolla Rabiee”, in 2019 last movies for me is "Eyewitness"" 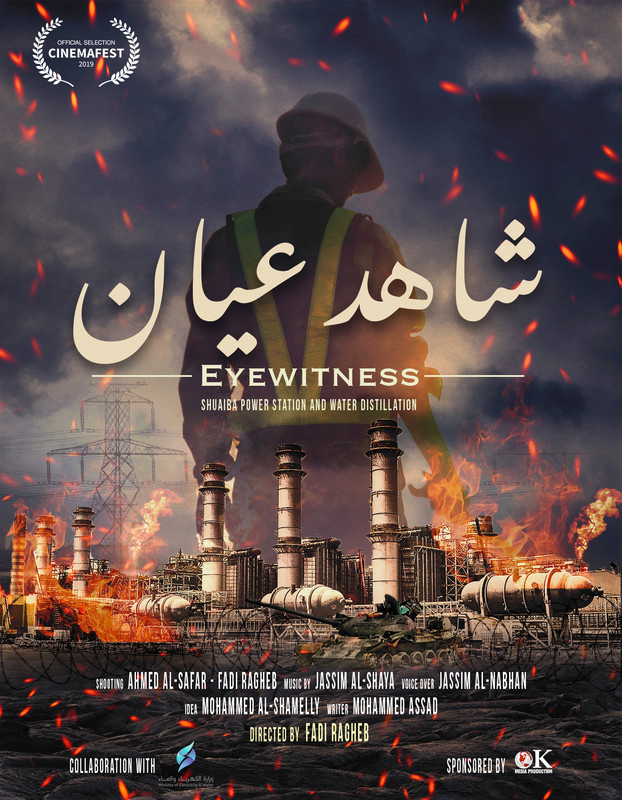