In the process of creation, in a state of ecstasy, this painter does not find a definite line between reality, dream, madness and death. a call, a word, will decipher the enigma.

Oldren Romero Leyva was born in Havana, Cuba.
He began to show an interest in visual arts at the age of only four and his mother enrolled him in painting classes at the Casa de la Cultura (Cultural Center) in Central Havana. Over the next nine years, his outstanding work earned him various national and international recognitions. Among these was First Prize two times in the National Visual Arts “Ahorrar es Crecer” (“To Save is To Grow”) Contest. As a result, Oldren had the opportunity to travel around the island of Cuba.
In 1992, Oldren graduated from the Havana School of Photography. In 1994, he completed a Photo Journalism course at the Unión de Periodistas y Escritores Cubanos (Cuban Journalists and Writers Union) and a course called, “Dance: Mirror of Man” at the Alejo Carpentier Foundation.
In 1997, Oldren Romero graduated as a Cultural Events Promoter and Organizer from the Centro de Desarrollo Cultural (Cultural Development Center). During this period, he also took various cinematography courses at the Centro Cinematográfico de Artes Visuales (Cinematography Center for Visual Arts) in Havana.
During his 23 years in Havana, Oldren was among the creators and organizers of the popular gallery Atrapando Espacios (Catching Spaces). He contributed work to many cultural events, including painting and photography exhibitions at Atrapando Espacios. He also helped produce the short fiction film “La Sombra” 1995 (“The Shadow”) and played the role of the protagonist. At the Seventeenth International Festival of New Latin American Film in Havana, “La Sombra” was nominated as best short fiction film. In 1995, he worked as a photographer for La Empresa de Carnaval, the company that organizes the Havana Carnivals.
Thanks to the United States’ visa lottery for Cubans, Oldren emigrated to Massachusetts in 1997, where he continued to work in the visual arts. Highlights include:
• Co-Director of an educational video about adolescents and HIV entitled, “Life Goes On,” for English High School in Jamaica Plain, Massachusetts.
• Director of a 25-minute educational video for the Jamaica Plain Neighborhood Development Corporation.
• Photographer for a fundraising event of the Jewish Heritage Center of the North Shore in Lynn, Massachusetts.
• Exhibitor of his own photo collection entitled “Calle Habana” (“Havana Street”) in various libraries in Boston, Massachusetts.
• In 2012, he wrote, directed and produced the experimental fiction short, “MALA SUERTE” (“BAD LUCK”). This was the first work of fiction produced independently by O Man Productions, an independent film production company created by Oldren Romero.
• In 2013, he wrote, directed, produced and acted in the fiction short, “UNA HISTORIA CON CRISTO Y JESUS” (“A TALE WITH CHRIST AND JESUS”), which was completed in February 2015. “UNA HISTORIA CON CRISTO Y JESUS” has been shown and continues to be shown in international festivals around the world. This movie has been winning many awards internationals.
• In 2015 Oldren became part of the theater group "Escena Latina" in Massachusetts. As an actor was presented with the classical work of Lorca: "Bodas de Sangre".
• December 2015 worked as Cinematographer for an independent short film "Plan ZomB".
• January 2016 worked as Cinematographer for a video clip for Veronica Robles Cultural Center in Boston Massachusetts.
• In April 2016 he’s is performing in a play call “Cumbia de mi Corazón”,
Oldren is now producing and acting in a Short Film “Añoranza” / “Yearning”. Directed by Damian Cordero his Assistant Director, at the same time he is doing the Post production of his new upcoming short film, “SUCEDIÓ EN EL CIELO” (“It comes from the Heavens”) 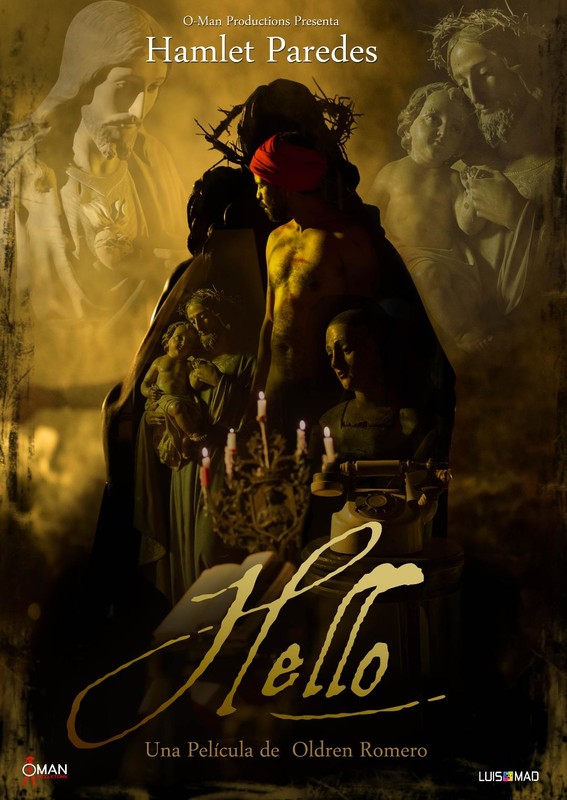