IN BREVE (IN BRIEF)

In Brief starts from Post-history, by narrating scientific facts, like a documentary, regarding an enormous timespan in the Universe’s far future, whilst developing a silent drama around the heart of being human.

The set continues to provide small, unexpected visual and narrative improvements: a fly on the window, a vintage toy, the versatility of a mirror, my son. We shot exclusively in natural light, even in the subtler scenes for the audience and this somewhat highlighted the striking expressions of the actors or the still lives.

His previous shorts have been shortlisted in more than 66 festivals with 5 awards, 2 nominations and 1 mention and were shown in TV and in theatres. He has been a juror in an Indie Festival in London and he regularly writes critique for Filminute. 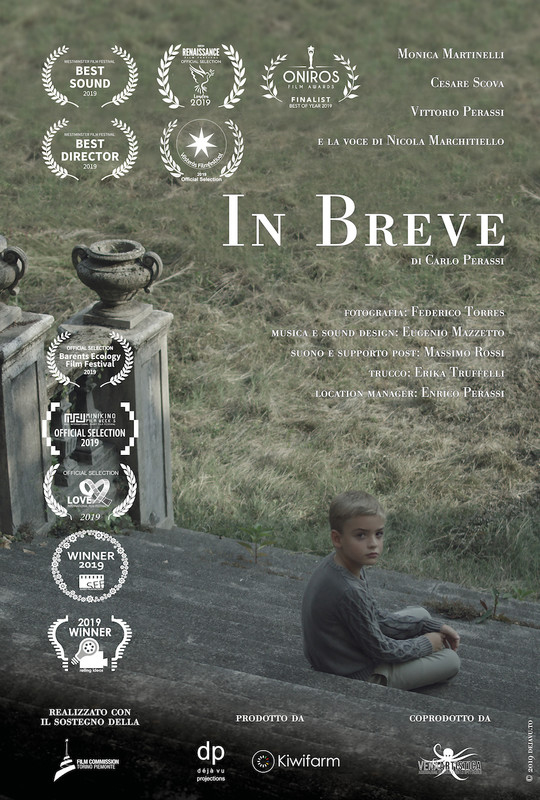