When a kid starts spending time in the real world, it's up to his smartphone to bring his attention back to where it belongs.

I was for many years one of those smartphone-refuseniks. Until one day my commuting time became very long. So I got an old iPhone from my brother to kill the time on the train.
Suddenly my daily life changed 180 degrees. I didn't only use it on the train to kill the time but day by day it consumed me more, prior to that I was looking around at people, at trees, at my surroundings but suddenly I looked at nothing but the phone, losing myself entirely in those few centimeters of the display.
It felt really odd when I realized what was happening to me and that's how the idea came to capture this weird feeling in a film.
Nowadays I am, as most people used to it and it is a normal part of my daily life to stare at it all the time, but I do think we all should be aware of how much time we spend staring at the screen, and look up once in a while, or else we might miss out on life." (Tobias Schlage)

Tobias Schlage and Brent Forrest are a German/Canadian director duo working out of Tokyo with an international team from around the world.

Tobi: Born in Hamburg, Germany. After graduating from an animation-school he turned his year-long passion of creating CG short-films into a profession. Since 2015 he lives in Tokyo, Japan where he continues to work as a professional character animator.

Brent: Born in Montreal Canada, started working in animation directly out of high school and hasn't stopped for 21 years. Came to Tokyo in 2014 and currently there working as Technical Director for one of Japan's largest animation studios. 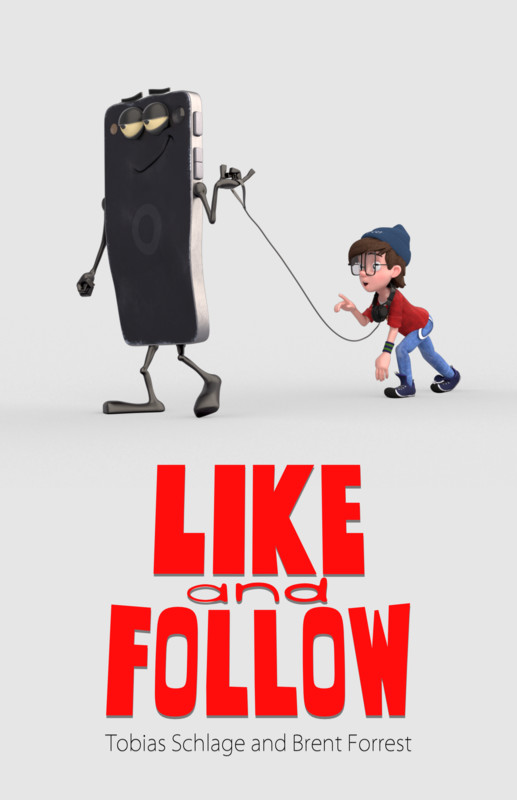