This piece is both a solo work for vocalist-actor, multi-channel tape, and video as well as an excerpt from the opera "Tintagiles" which sets the symbolist drama of Maurice Maeterlinck (originally written in French, here set in Russian) "The Death of Tintagiles".
Aglovale is one of the main characters in the play of Maeterlinck and in the opera "Tintagiles".
Algovale is an old man who was once a brave young knight who tried to protect helpless children from being kidnapped and possibly murdered by an evil Queen, a mysterious character in the opera/play who never speaks, but who makes terrifying incantation sounds that have evil effects on those around her. The Queen is helped in her attempts to kidnap Tintagiles, who is a young child, without father and mother, by 3 evil servants... Tintagiles is protected only by his two older sisters, Ygraine and Bellangere, and Aglovale.
Algovale is presented as someone who has spent his whole life fighting the Queen with no success at all. In the opera, the role is not meant for an opera singer, but for a "vocalist-actor" who explores all possibilities of quasi-operatic singing, "sprechgesang" and recited speech. All manner of vocal timbres and vocal emission are explored in the Russian language, which is shown to be a world of rich timbres in and of itself. Algovale's vocal writing is characterised by many rapid changes of manners of vocalisation that range from whispering, guttural speech, falsetto singing, recitation of Russian letters and phonemes, invoking the manners of speaking of Russian monks, Russian journalists, Soviet Union speeches, quasi-operatic singing, echo speech, quasi-Chinese folkloric singing, etc.

Olga Krashenko was born in 1983 in Kaliningrad. She studied primarily composition at the National Conservatoire of Saint-Petersburg "Rimski-Korsakov" from whom she graduated in 2008. Besides music, she also developed her skills in photography and video.
Olga Krashenko made some special photo for the booklets of such CD labels as Mode Records, Stradivarius and Acel. Also her photography was used as a source material for visual projections and transformations in the opera of Gerard Pape "Pourquoi les poètes?" which was performed at the "Sound" Festival in Aberdeen, Scotland.
Her photo works were exhibited in France in festivals in Fontenay-sous-Bois, Ivry-sur-Scene, Bessé-sur-Braye, Tuffé, Saint-Calais, Sargé-sur-Braye, Saint-Maixent and other French cities. In 2016, her photography was selected for the International Photography Exhibition "Explore The World" which took place at the Drik Gallery.
Her musical composition were performed in many festivals in Saint-Petersburg, in Moscow and other cities of Russia by the Academic Orchestra of Saint-Petersburg Conservatory, the Kaliningrad Symphonic Orchestra, Demetrius Spaneas, Alexey Shmurak, Michail Krutik, Alexandra Korobkina, Elya Kulukaeva, Guzel Sajfutdinova, Elena Malyuk and others.
At concerts in Europe and in the USA, her pieces were given their world premieres by such world reknown soloists such as Dimitri Vassilakis (Ensemble Intercontemporain), Cecile Daroux (Ensemble Itinéraire), Pierre-Stephane Meugé, Jacqueline Mefano (Ensemble 2e2m), Daniel Kientzy, John Kenny, Maurizio Barbetti, Ana Telles, Thomas Keck, Shanna Gutierrez, and Dario Garau. Her music was also played by such ensembles as Quartet New Generation, Konvergence, Seldom Sene, Dal Niente, Con Moto, CLSI and the Orchestre de Flûtes Français. 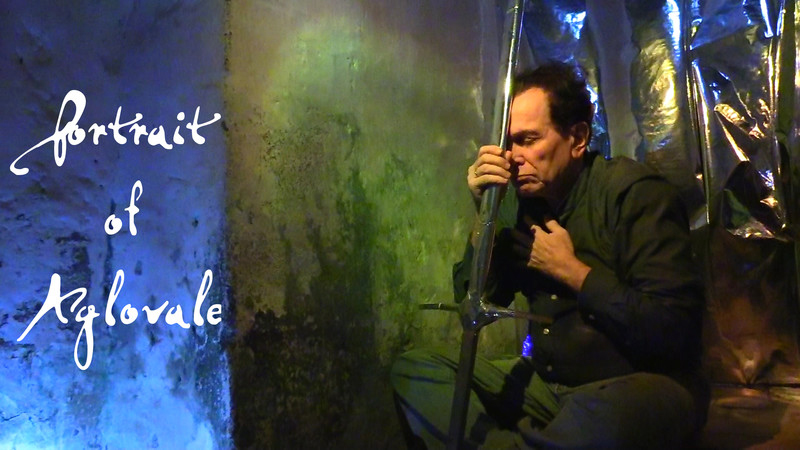 "Maurice Maeterlinck originally wrote the play for puppets. "Portrait of Aglovale" follows the idea of puppet as "beyond the human being" in a symbolical way.
Aglovale is a character that is far "beyond the human being" in his manners of being and speaking from usual human existence. His manners of speaking / singing / making sounds are changing all the time. He simulates, acoustically, in his singing such electronic effects as echo, delay, reversed order, slow motion or fast motion.
The instruments and voices on the tape create a very special mysterious atmosphere where you can hardly recognize the source of the sound, whether it is produced acoustically or electronically.
The video is made by shooting with different mirrors, reflective papers, shades, shadows, water... Some special paintings are used in collaboration with the painter Anne Bleauwart and with the painter Vladimir Kara. "Portrait of Aglovale" brings symbolism to the people using modern technology and possibilities of today."