Dating is hard. Especially these days. Especially when you’re married. Nothing is what appears to be in this short romantic-comedy about two people who find each other on an a very special dating app. You just can’t trust what you read anymore.

"In a social media age where connecting with other people is just a swipe and a scroll away, we feel more disconnected than ever. It’s never been easier than ever to meet somebody new and connect but it’s also never been easier to ghost somebody in our cancel culture. We are afraid of vulnerability, but hungry for human connection and affection, and Sidepiece takes a sly swipe at our swipe-right culture and the real consequences of hiding behind our profile pics and carefully curated online personas." (Teddy Tenenbaum)

Married writing team Minsun Park and Teddy Tenenbaum took a break from their usual horror fare to tackle a comedy about romance in the age of apps, starring Emmy-nominated Michael Muhney. Teddy directs from a script written by the team.

Teddy Tenenbaum & Minsun Park are primarily a writing team with combined experience in features and television, including pilot sales, staff writing, feature spec sales, and feature and television assignments. They have written separately and together, and currently write both as a team and as solo writers. They specialize in genre writing, including horror, thriller, and action, typically with a humorous edge. With Minsun's background as an Asian-American woman born in Korea and Teddy's experience as a White dude from Ohio, they cover a lot of bases. 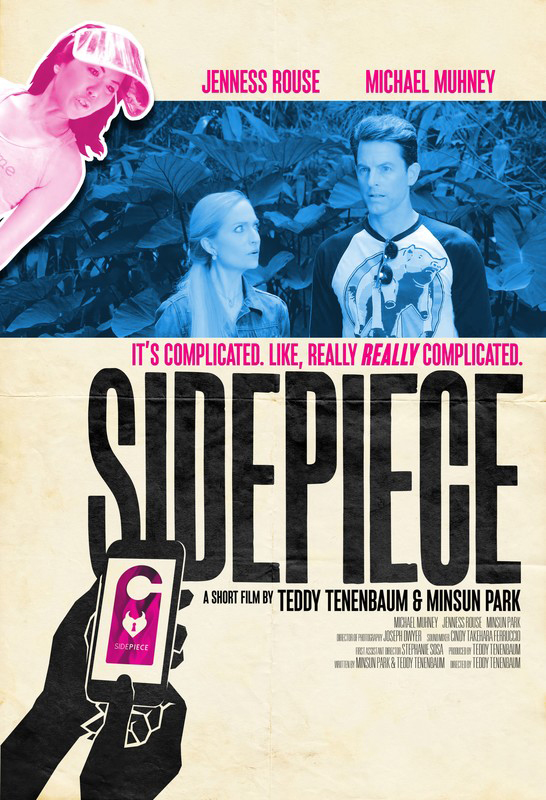