The contrasts of a couple are metaphorically represented by a duel of fencing, the so-called love skirmishes. Only at the end will the dispute end and reveal the faces of the two protagonists.

"The cinematic language and the musical language meet, in a music video from the rigorous and powerful black and white, to tell a cross of destinies and perhaps also of solitudes.
A precious opportunity to deepen and explore couple relationships not only through the poignant point of view of individuals but also thanks to the dreamlike and pressing allegory of the fencing match. An engaging and unpredictable story in search of the deepest meaning of being together." (Daniele Gangemi)

Daniele Gangemi was born on June 18, 1980.
At the age of fifteen he gets fascinated by the world of photography and starts experimenting, shooting and printing with a reflex camera and with all the tools that he could find at that time.
During those years he starts working as an author and a host at two of the local TV channels. His versatility brings him to the radio station and for more than fifteen years he is the speaker and author of several Sicilian radio programs.
Between 2002 and 2003 in Bologna it’s the time for his debut as a director, producer and author of the short film ”Alter Ego” (a super 8 shot sequence).
In 2007 Daniele is hired to take care of the photography in the historical-religious movie “Petali di Rosa” with Claudia Koll and Antonella Ponziani.
In 2008 he is in Catania directing his first movie “Una notte blu cobalto” ("Cobalt Blue Night") for which he also writes the plot and co-writes the script. In this movie there are popular and talented actors and actresses like Alessandro Haber, Corrado Fortuna, Regina Orioli and Valentina Carnelutti and the soundtrack is written and performed by Giuliano Sangiorgi who is the moving voice of the Italian Negramaro band.
In 2009 he is invited to the 42nd Worldfest International Independent Film Festival of Houston in Texas for the world premier of his movie “Una notte blu cobalto” getting the award for the ”Best First Feature”. In 2010 Bolero Film decides to bring his work to the movie theatres and in 2011 CG Home Video starts merchandising the DVDs of “Una notte blu cobalto” throughout the home video world. In 2013, on the “XVII Giornata Bambini Vittime”, the organization “Meter“ hires him to direct a campaign-spot against pedofilia dedicated to those kids who were victims.
The same year sees Daniele Gangemi’s work appreciated by the ”BBC Music Video Festival“ with the music video “Safari Now” which he had created, co-written and directed and which is performed by Salvo Dub and oTs.
From 2013 to today he also has the opportunity to work as Director of Photography for directors such as Elio Sofia, Mimmo Verdesca and Adriano Chiaramida.
From 2018 he is the Founder and Artistic Director of the Militello Independent Film Fest, the international independent film festival dubbed by the national press as the Anti-Venice (due to the indie vocation and the coincidence with some days of the Film Festival.). 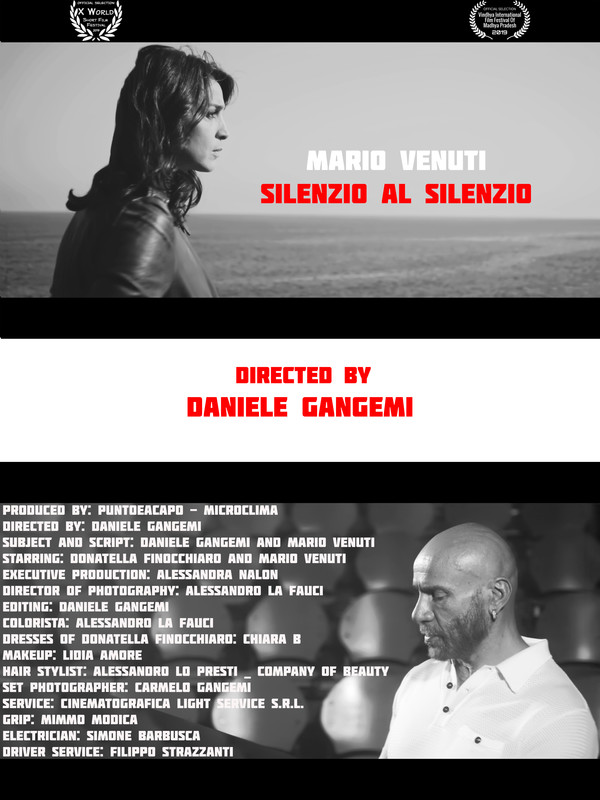