Spremuta di Most(r)o is a short film depicting life in small towns and agricultural traditions in the region of Romagna. Devised to tell the story of a life lived in close contact with mother nature in an autobiographical fashion through the ancient concept of family as a clan formed of several generations, it aims to encourage people not to abandon tradition, the fruits of the earth and old crafts such as that of producing wine.

A little lad called Giacomo is being raised in the fields of the family farm in the region of Romagna. It is his birthday and the whole family has gathered for breakfast in the morning: his granddad, uncle, mum...
Although Tommaso, Giacomo's father, is quite grumpy by nature, he loves his son dearly but is unable to show this love.
Giacomo is a quiet child and plays all over the house, the cellar being the only place that has always scared him.
On the afternoon of his birthday, he kicks his ball into the cellar whilst playing football in the yard.
Giacomo bravely goes into the cellar in search of his ball but, thinking he’s seen a ghost, runs away, straight into his dad who’s coming towards him, alarmed by his frightened screams.
Understanding what has scared his son, Tommaso shows Giacomo the so-called ghost, gently introducing him to the secrets of the land and explaining agriculture and the seasons.
From that moment on, father and son are inseparable and Giacomo, once he becomes an adult, will choose to become a wine entrepreneur using all the agronomy expertise his father has taught him.

Daniel Mercatali was born in Faenza on 9th March 1985 into a family from the countryside of Romagna. His father taught him to work in the fields and Daniel also inherited a passion for photography from him, learning the technique.
After working for TV channels such as Teleromagna, since 2010 Daniel has specialised in shooting and editing video.
He also decided to try his hand at film making, founding SC MOVIE PRODUCTION and producing short films which touch on social issues, involving the region of Romagna, its municipalities and the Regional and Provincial bodies.
His short film Speranza di un Domani (Hope of Tomorrow), which was officially selected at the Cinema Avvenire di Roma Festival and the Un film per la Pace Festival, is his debut work, which was followed by L'infame (The Infamous).
Daniel then went on to produce Anima Spenta (Dead Soul), a documentary to raise awareness about the issue of stalking. The film was screened in regional cinemas in Emilia-Romagna and was well-received by the public.
In the same year, Daniel produced and distributed a music video clip, Anima Spenta, taken from the soundtrack of the same documentary film.
In 2016, he produced a short film called Amore Malato (Unhealthy Love), focussing on violence against women which was presented at various film festivals. It was ranked Best Documentary Film by the Eurasia International Film Festival (Russia), and listed in 25 official selections around the world including countries such as Belgium, Romania, Italy, Spain, United States, Portugal, Canada, the United Kingdom, Africa and Poland. In the same year, Daniel produced the short film Farfalle al buio (Butterflies in the dark) dedicated to the visually impaired, which won 3 awards: Best Movie Concept Award at the Social Machinery Film Festival (Italy), Best Screenplay and Audience Award at the Caselle Film Festival (Italy) and was listed in 17 official selections worldwide including Italy, Serbia, Greece, United States, Portugal, Canada, the United Kingdom and Africa.
In 2017, Daniel produced a short film about alcohol abuse, Un sorso di vita (A Sip of Life), which was awarded a Mention of Honour in Canada, followed by 9 official selections worldwide including Italy, the United States, Africa and Canada.
In 2018, he produced a music video clip for the band Le Testharde entitled Spremuta di mostro which was presented at various Film Festivals and ranked Best Music Video by the Eurasia International Film Festival (Russia) and listed in 9 official selections around the world including Italy and the United States.
This became the soundtrack to a short film, Spremuta di Most(r)o, which Daniel produced and directed in 2019. His aim was to bring back the origins of his family and the age long values of rural families living in Romagna. 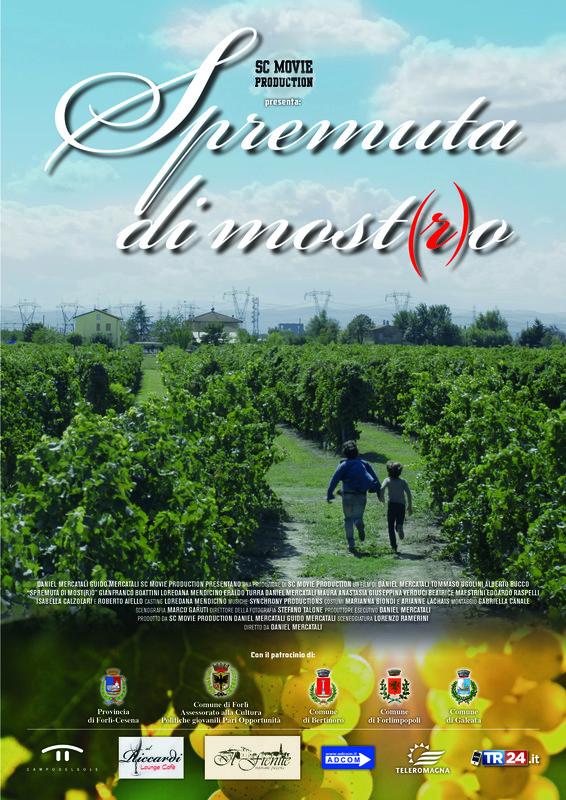