A short experimental film that serves as an adaptation of Mexico's famed female writer, Rosario Castellano's novel, "The Book of Lamentations."
The Stag’s Mirror is a construct of interlaced imagery and text that establishes a break with progressive documentary text and how it is represented.
The film is both a story and a critique of traditional ethnographic film.
Animations/glitches in the film serve to veil and redefine the presentation of cultural presentation.

Robin Starbuck is a New York based filmmaker and animator.
She is an adopted daughter of the Apsaalooke Tribe of eastern Montana and a professor of experimental film and animation at Sarah Lawrence College.
Her work in experimental film, installation art, animation and media for theater has been exhibited in Museums, Cultural Centers, Galleries, and festivals in the United States, Europe and South America.
She has received multiple awards and fellowships for artist residencies both nationally and internationally.
Ms. Starbuck’s current projects include How We see Water, an experimental documentary film on indigenous young women in Chiapas, Mexico, Stag’s Mirror, a poetic interpretation of Rosario’ Castellano’s novel, The Book of Lamentations, several animation projects, and video projections for Theater projects in NYC.
She has produced media projections for the puppeteer, Dan Hurlin’s play Double Aspects: Bright and Fair, The Pan Asian Repertory Theater’s Dojoji, for the experimental operas FROTH: Future Archaeologies of Love and Power performed at NY’s Symphony Space and Hole: An Opera in Search of an Opera in Europe, for New York puppeteer Tom Lee’s production of Shanks Mare, and sculptor Mel Chen’s museum installation See to Sea, among others.

Starbuck holds her MFA in multimedia installation and performance art from the School of the Art Institute of Chicago and a post-graduate certificate in Post-Production for Film from the NYU, Tisch School of the Arts in New York City. 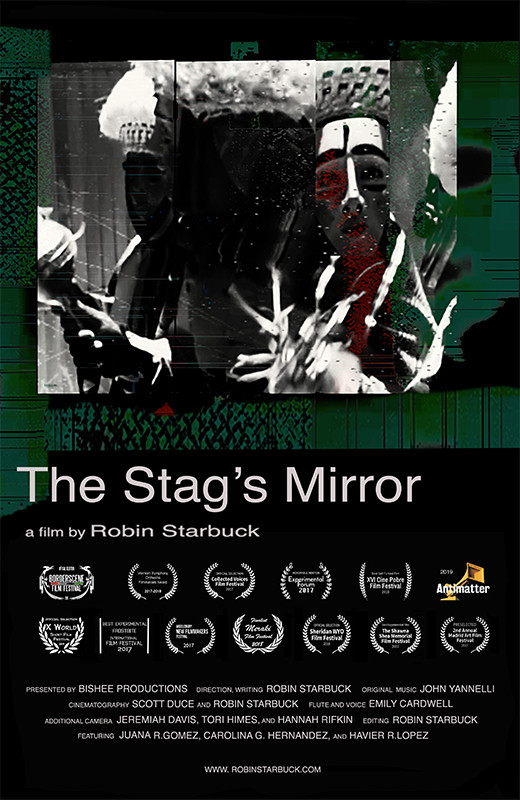