22nd october 2017, Olimpic Stadium, Rome: on the field, Lazio and Cagliari are playing for the italian Serie A, a match that the Lazio will win 3-0.
In North stand of the stadium, appear a photo, showing Anna Frank dressed with Roma'soccer jersey, the rival team in the city.
Through the look of young childrens, acting the different moments of the short film, we'll travel since the italian racial laws of Mussolini, till the actual situation in the stadiums, with an intense cinematographie that gives back, from the photos of deported athletes to the faces of young girls and boys, the meaning that everything could happen again.

Born in Ischia on April 12, 1971, he has written for about twenty years for cinema, theatre, radio and TV.
Graduated in leopardian hermeneutics, he has directed and produced television formats and programmes, theatre and radio shows for regional networks; he has conducted talk shows and reportage on radio and tv. 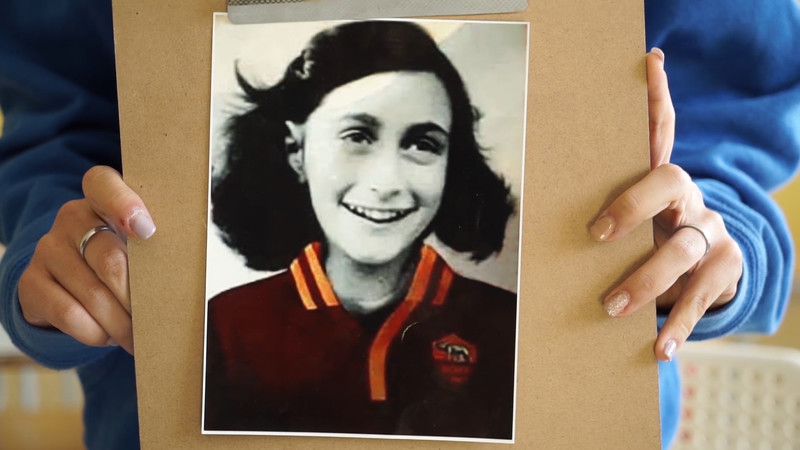