"Area 420" serial is the much anticipated sequel to ‘High There,’ the award-winning, cult hit mockumentary film that chronicled the pot and booze-powered misadventures of Dave High, a burned-out TV writer and producer with a powerful weakness for pot, booze and any other mind-altering substance within his reach.
In "High There", poor old Dave would mysteriously disappear after becoming entangled in a nightmarish tropical underworld of sex, drugs, narcs, and nut cases while in Hawaii trying to make a TV travelogue for stoners.
Now, the hapless Mr. High just as mysteriously reappears in "Area 420", a farcical and darkly comic web series that finds our anti-hero awakening alone in the Nevada desert - with no pants, no idea how he got there, and no memory of the last six months that he’s been missing.
And so, with the help of his straight-laced cameraman, Roland Jointz, Dave sets out to solve the mystery of what happened to him, where he’s been all this time, and … of most immediate concern … why his ass won’t stop hurting.
What ensues is a spaced-out odyssey of too-close-for-comfort encounters with aliens, men in black, paranormal investigators, strange mystics, a mad psychiatrist, and one particularly sadistic proctologist, who leads Dave to believe that the secret of his disappearance and missing six months may actually lie buried deep within his own sad and aching ass. 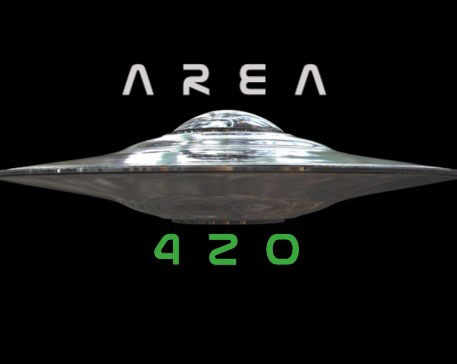