A third date does not go as expected when Amy's lifelong friend Bucky confronts her date Peter.

"I love short films, as they tend to be more creative, and often fantastic and frequently surreal. "Bucky" was one of four scripts I'd written for a group of filmmaker friends that pummeled out about 20 shorts for a local "festival" that turned out to be a scam.
Despite being an easy to film bottle-show, "Bucky" was not selected. When the We Make Movies membership loved it being workshopped there, the script was entered into their script competition where it won the most votes of the four final winners.
I've written numerous short-film scripts since and continue to do so; that being said, "Bucky" ended up acquiring a backstory mythos, some of the dialogue in the current version of the script alluding thereto (so there is a "Bucky 2" script, but it's clear this could be a feature horror film laced with dark humour [a version of the current short literally would be the feature's cold opening]...)." Geoffrey Gould

Raised in northern New Jersey and now living in Hollywood California, Geoffrey Gould is a lifelong character actor with a quirky sense of humour. A creative writer, his short-film comedy scripts often generally take an unexpected left turn at some point.
His script for "Bucky" was the top winner of the script competition with the Hollywood-based film collective We Make Movies, which provided the short film project's budget, under the SAG-AFTRA New Media contract.
Geoffrey has had produced other short scripts of his, but such were not submitted to film festivals.
As the director this time around, Geoffrey was able to control the flow and pacing of the story, as well as be able to submit it to festivals. 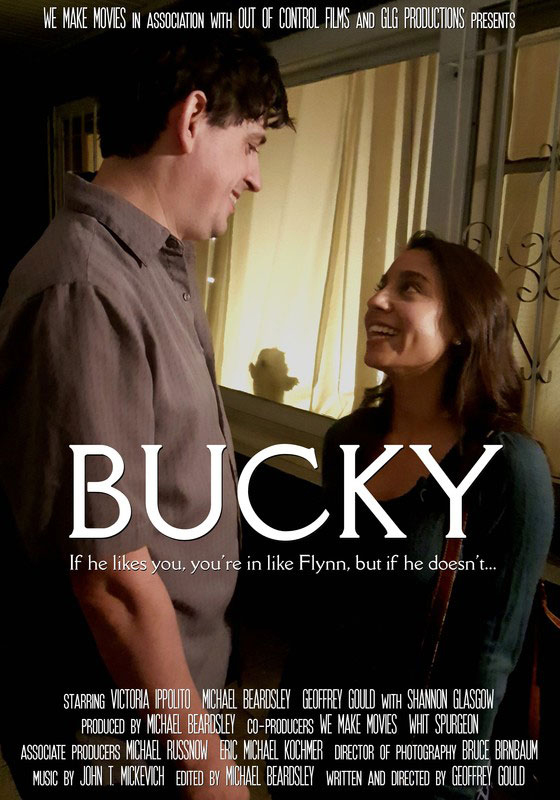