"Hello, my name is Dustin Ardine and this is our short film "Lecherous".
This was a passion project for me and for all involved. I created the story and worked with Sami Sonnesso our screenwriter for a long time.
It speaks to a message that we all felt was very important. On the surface it is a very engaging, very entertaining, and very graphic Vampire Film.
However, beneath the surface is more than that. We all hide the quote on quote dark parts of ourselves and only show those to a few select people. Those few that we decide to let in to who we are on the inside have the choice to accept us or not.
Be it Our sexuality, our crazy sides, our goofy sides, whatever. We feel that Humanity as a whole should celebrate our differences and not let them divide us. Differences make us stronger, not weaker.
"Lecherous" is just the beginning glimpse at a world beneath the surface. We wanted to achieve this message in a very experimental, abstract, but passionate way and we are very proud of the end result.
Especially considering the tiny budget and extremely small crew. However, we all banded together and pushed threw because we believed in the message of this film.
Thank you for taking the time out to watch our film and we hope you enjoy "Lecherous".
We plan on making it a full fledge feature film once we have the funding."

Winner of Multiple Best Acting Awards, Dustin Ardine started acting at the young age of 6. Classically trained, he has played a vast array of character and leading roles from Shakespeare to Tennessee Williams, in repertory theaters across the USA. He has also appeared in dozens of TV shows, Commercials, and Independent films. Ardine has also begun to dabble in directing and producing but remains constant that his first love is and always will be acting.

Born, Dustin Anthony Serrano, on August 24th 1984, in Reno Nevada, to Richard Serrano, a postal worker and Tina Serrano, a Nurse. His grandfather, William Ardine, was a WWII veteran in the Air Force, who on his deathbed gave Dustin permission to use his last name in order to carry on his lineage. Ardine's recent ancestry includes Italian (where his grandfather was born in Abruzzi), & Romanian (one of Ardine's maternal great-grandmothers from Romania.)

Ardine's parents divorced in 1988 when he was only 4. He spent his early years moving back and forth between households, catching the acting bug early as a way to escape his home life. He started performing in musicals and theatre shows in school and with local acting companies. Ardine's thirst for knowledge and drive to be the very best actor he could be lead him to study all the greatest industry teachers. He studied at the renowned Academy of Art University under the tutelage of Hollywood leading lady Diane Baker, and at the famed New York Film Academy in Los Angeles.

Ardine's first lead role in a feature film was at only 21 years of age, in the independent horror film "Day of the Axe". Ardine has recently been seen starring in the Award Winning feature film "Ariadne", as Rose in the well received Chinese feature film "Los Angeles Kidnapping" and as the male lead in the short horror film "Birth" which was screened at the world famous Cannes Film Festival in early 2018. Dustin will next be seen starring in the T.V.show pilot "Angel of Mercy" and in the upcoming feature film entitled "Proving Ground" opposite famed Hollywood starlet Dominique Swain. 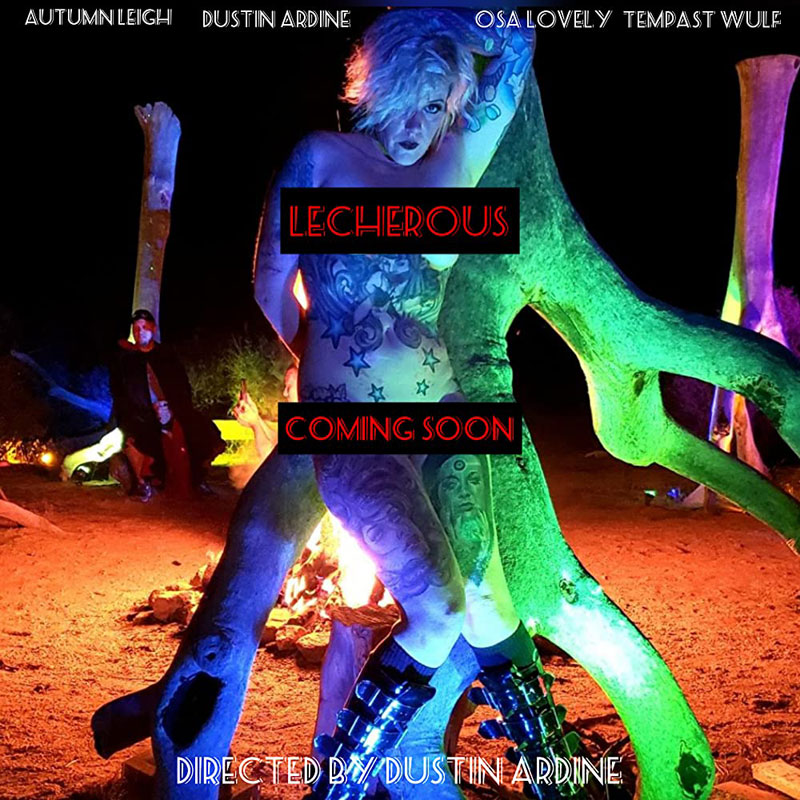