This short film is inspired by the movie "Rain Main" starring award winning actor Andy Magro in the leading role.
We wanted to give a homage to the movie "Rain Man" starring Tom Cruise and Dustin Hoffman and wanted to give a special attention to the topic autism and benefit charities who help these amazing people and do research.
We wanted to bring this story to the global audience as we wanted to show that people wth autism are normal people like everyone else.
We changed the original characters from brothers to friends because unfortunately autism affects everyone and not only relatives.

The Magic of Magro's Entertainment

Andy Magro is a German-Italian-American actor, photo model, singer, songwriter, Instagram mid-tier influencer, a global philanthropist, works in custom clearance, and he is a foreign trade clerk. He has shown the world what he can do on the stage, and now his upcoming projects include two ballads, one Italian pop song, one English pop song, and his charity. Magro is a busy, successful man accomplishing so much with his life, sometimes he wishes a day would have forty-eight hours instead of twenty-four hours.
Magro first became interested in acting at the age of thirteen when he created his own drama/film class at the school he attended. Soon he was spread his horizons in the art of acting for many years. For a long time Andy Magro had a lot of difficulty in arriving for auditions due to the fact that he lived in Stuttgart, Germany. Meanwhile the places for filming in Germany are Cologne, Berlin, Munich, and Hamburg. Soon at the age of thirteen, Magro joined a good German acting agency, and got his first big break when a filmmaker David Cronenberg gave him a supporting role in a feature film with the catchy title A Dangerous Method.
The movie A Dangerous Method is quite fascinating from a historical perspective. It was nominated in the 2011 Golden Globe Awards. In this production, Andy Magro played the role of a famous person, namely the son of Sigmund Freud, Jean Martin starring Keira Knightley, Viggo Mortensen, and Michael Fassbender. This role gave Magro a huge opportunity not only to express himself as an actor, but to also work with such prominent stars of the screen.
After this film, Andy Magro continued to act in more feature films, movies, short films, TV shows, series, commercials, and print ads. He continued to pursue his dream of being a famous actor. Apart from his acting, Magro is also involved in the modeling industry, and he was on the front cover of many important brands and has done an excellent job in representing all of them.
Based in Europe, Magro also has an unconditional love for music in all of it's melodious tunes. The release of his album Never Stop Dreaming confirms this. It contains beautiful songs, including one called "Per Sempre", sung entirely in the romantic Italian language. Listening to the EP one can tell that it's not only high-quality music, but it's also very refreshing to hear something new and enticing, which has a different flavor compared to a lot of the mundane pop music playing on the radio today. Due to the beauty of this new kind of pop genre introduced by Magro, it appeals to almost any age group. No matter how young or old anybody and everybody wants to listen to Magro's fantastic music.
The songs created by Magro reflect something new and different. It is melodious, clean, and rhythmic. Music like this is aimed at changing the music industry as opposed to simply continuing with the same ideas repeatedly. These tunes are put together to create a very broad international pop sound. music to become more appealing to the public on the consumer market, the sound has to be more distinctive, because too much of the same sounds will bore the audience and make them move on to another artist.
There is so much talent being displayed in Andy Magro's music one can see it when they listen to the carefully crafted music. Just like his famous fellow popstars, Magro has a natural ability to form unique pop hooks in his music, which has broken a lot of new grounds in the music industry. He crushes all the competition so to speak with his beautiful, pleasant, and soulful vibe. Personally, most of the modern music may be marketable, but it doesn't even come close to the brilliant work done by Magro.
Apart from being a multi-talented artist Magro has a caring heart and he is a true philanthropist. He oversees his charity called the Andy MagroFoundation and he supports the WWF campaign to protect wildlife tigers. This foundation aims to solve problems like climate change, hunger, poverty, and protection for the environment. The world needs more kind people like Magro who are willing to help mankind. What makes this charity different from many of the others in the world, is their approach to the problem of how to fight homelessness and other forms of scarcity. The Andy Magro Foundation doesn't just give people money to keep them poor. They also provide people with the tools, training, support, and resources in order to be successful. As the old saying goes, give a man a fish, he eats for the day. Teach a man to fish, you've fed him for a lifetime.
In short, Andy Magro is a great actor, model, singer, songwriter, philanthropist, and more. Someone with his skills and goodwill can certainly have a great career in entertainment, and help people get out of poverty and make their own lives better. As Andy Magro says never stop dreaming! 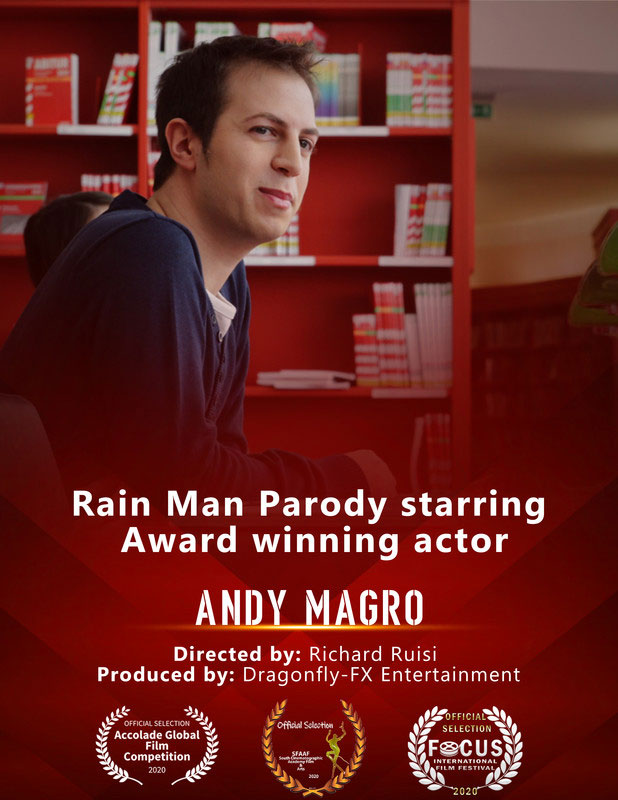