A husband and wife living in a remote Canadian farmhouse decide to order a couple of products online - leading to disastrous results.

"My favourite Director is Alfred Hitchcock and 'The Packages' is a bit of an homage to him, and to the German Expressionists who were his influence." Kevin Reeves

Kevin Reeves started filming with a Super 8 movie camera at the age of 10, but his professional career began in 1992 when he co-produced and directed Let Me Call You Sweetheart for the Canadian Museum of Nature and MTR Productions.
Based on the life of notorious prospector Viola MacMillan, the film won two Reel Awards and was also nominated for Best Documentary at the Yorkton Festival in Saskatchewan.
It aired on the Baton Broadcasting network, TV Ontario, Discovery Channel and the Women’s Television Network. Other Reeves titles that have been broadcast multiple times include The Spirit of Grey Owl, Gord Atkinson’s Showbill, Gerald’s Ghost, and Moonshine Island.

Well-known within the classical music scene in Ottawa, Kevin began singing with St. Matthew’s choir at the age of 8 under the direction of Brian Law.
Decades later, Kevin founded the chamber choir Seventeen Voyces, which has been heard on national radio and television. He has prepared choirs for many international conductors - mostly through the National Arts Centre.
Kevin is also a composer and last month presented the world premiere of his comic opera ‘Nosferatu.’ He recently completed a full-length opera based on the true story of Grey Owl. 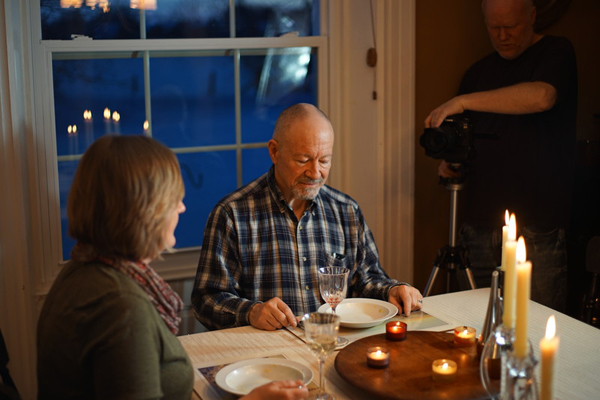