After thirty years of marriage, Westley Lovette is alone. He lost his wife, Laura to a long term bought with cancer. His only comforts are watching baseball and listening to his dear Laura's voice on the telephone message to the point of obsession.

Maurice Simmons was born in Chicago, and caught the acting bug in middle school.
After a few years in college as a theater major, Maurice enlisted into the Army and joined the Frankfurt theater company and performed throughout Germany. He later worked as an Army Broadcast Journalist and News Director, for Armed Forces Radio and Television (AFRTS). He retired from the military as a Reservist of 29 years.
In 2004, Maurice started a small production company, Task Media Productions. The company produced cable commercials and marketing media. Along with former Army members they began writing TV scripts and screenplays.
In 2015, he turned to documentary films and shot an award winning documentary in 2015 “What of the Day” the story of Phi Beta Sigma, one the first Black Fraternities in America. And later directed the Documentary about legendary politician Mervyn Dymally, “First of His Kind”
"The Voicemail" is Maurice’s second narrative film. 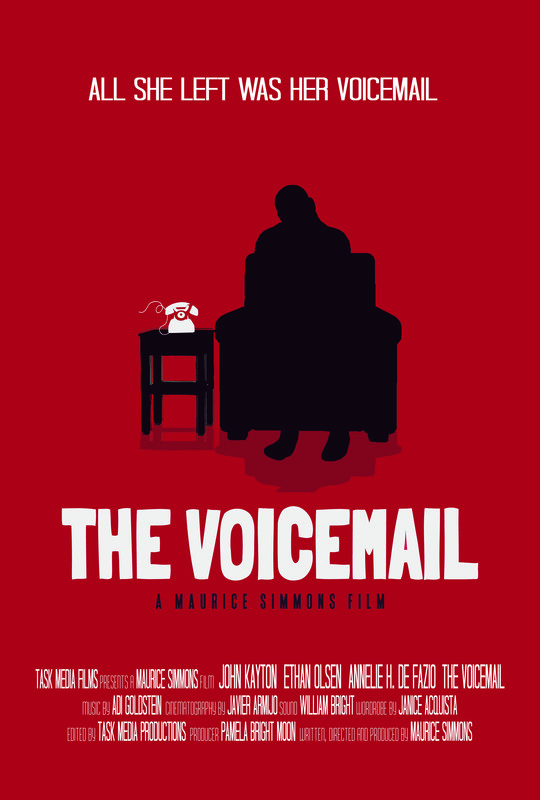