Join Rachel Sellers and Alan Watts for a journey in scale from the subatomic world to the edge of the cosmos as they open your eyes to the possibilities of the universe as a single organism.

Moe Taylor began his film career as a broadcast journalist in the United States Navy where he had the opportunity to film news stories in over forty countries.
After that he moved on to a producer position for NBC before settling into freelance work for his husband and wife production studio BrainDagger Films.
He has always been interested in mind expanding documentaries about the secrets of the universe and is proud to add his own voice to the genre. 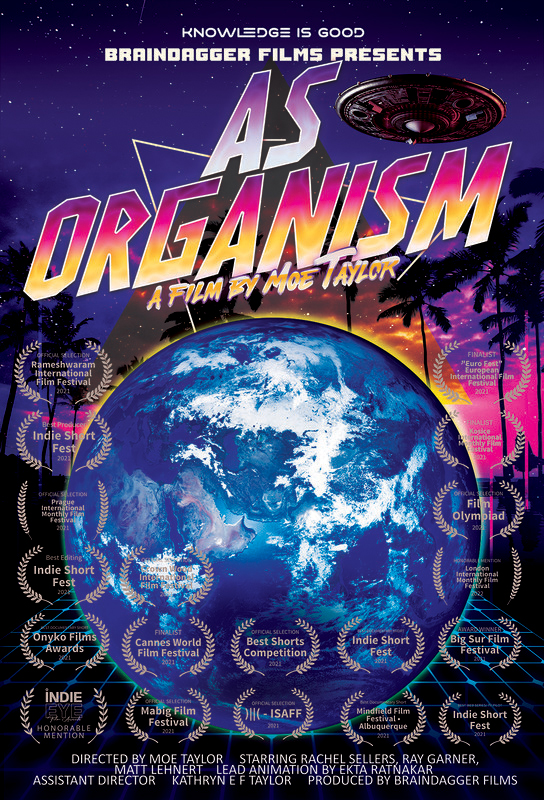