Sue Scarlett Montgomery has lived in NYC for 33 years and worked as an actor and writer in film and in NY Independent Theater from the mid-’80’s to mid-’90’s, which culminated in the making of the award-winning 1995 short film, “Life of a Plate.”
She's pleased to announce the completion of her second film, BUSSED, as both writer and director.
Sue also fronts the rock and blues band Chuck & Sue (https://www.facebook.com/chuckandsue); listen or download the band's 2nd CD here (Spotify: Retox Dehab), and is constantly writing music, prose, or dialogue. She's published in Best American Poetry and a member of Cinefemme, Equity, Sag/Aftra, and Dramatists Guild. 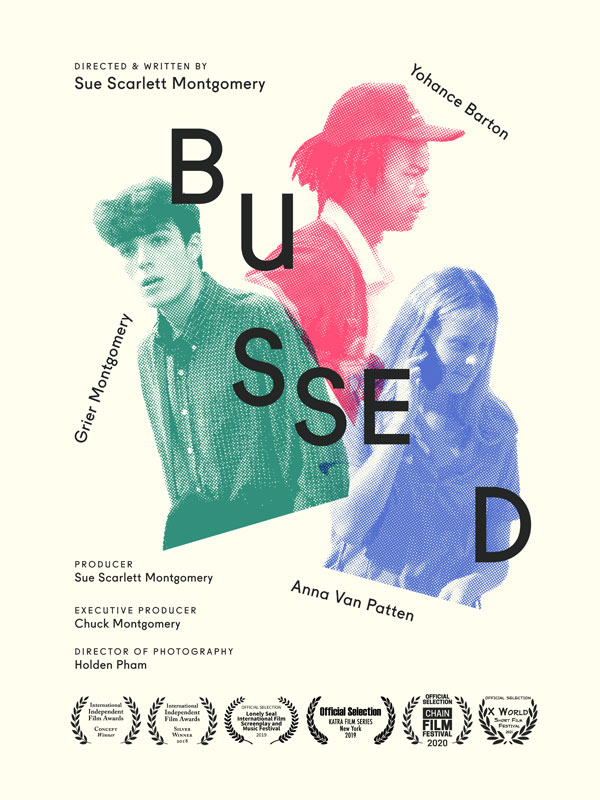