The art of dance is a tough discipline to master even when participants are able to practice and perform their movements with compliant partners in stable environments on dry, consistent surfaces.
This film elevates the level of difficulty considerably--to 10,349-ft to be precise--by deliberately imposing extreme conditions upon both athlete and filming equipment.
In addition to the aforementioned strength-sapping high-altitude of Utah's Wasatch Mountains, the dance floor consists of steep, avalanche-prone slopes of summits covered with up to 12' of powder snow. The mountain is so remote that the only access for free-skiing is via helicopter, and conditions are so unpredictable and dangerous that around a dozen backcountry skiers die every year in the U.S. alone participating in the sport--mainly from being crushed in avalanches.
More than 50#'s of specialized equipment and clothing is necessary in order to even physically survive the runs, which reach speeds in excess of 40-mph while dodging numerous deadly obstacles such as trees, rocks and cliffs in sub-zero temperatures. One small mistake at any moment (even the helicopter flights are risky, with a crash just this season killing 3 skiers and the pilot) can lead to a catastrophic or fatal injury.
The violent physical forces levied against body and equipment during the descents are borderline savage, and completely relentless. Yet what emerges is beautiful and meaningful to an extent that acolytes will eagerly risk their mortal existence to experience a few fleeting moments dancing with the clouds.

Filming P.O.V. action shots under winter conditions is technically challenging for several reasons, from harsh brightness and contrasts due to sunshine reflecting from snow to frigid battery-draining temperatures to the speeds and jarring motions of alpine skiing.
Keeping the camera lens clear is daunting with powder flying about nearly constantly, and cameras must be small in order to not unbalance or otherwise distract the skier. A combination of forward-view and innovative rear-view/Janus-style filming with goggle-cameras from the exact sightline/inverse-sightline of the skier records accurate P.O.V. angles during action sequences.
Doors and natural gateways (eg arches formed by trees) are employed as transition devices, and the colors red and powder blue are used as unifying elements throughout. One notable feature for a ski film is that all scenes run in 100% real-time, and with no added artificial visual effects.

Witness a dramatic and transcendental apotheosis, as athletic and technological achievement rhythmically intertwine with impromptu poetic expressions written across the landscape. Free-skiing, and its inherent paradoxes, may be one of the purest and most apt forms of art as an expression of man's highly complex and transitory relationship with Nature and with our own mythology.

Kyle B. Wagstaff is a professional restoration ecologist and amateur documentary videographer born in the shadow of Utah's majestic Wasatch Range during the same spring Earth Day began.
An expert skier, surfer, and naturalist with a keen eye toward aesthetics, Kyle has dedicated his professional and recreational life to studying, exploring, and protecting the great natural features of the western United States.
As a lifelong Utopian-anarchist whose heroes range from Tolstoy and Thoreau to Ed Abbey, it is his intention to inspire through his own actions and lifestyle all other humans to joyfully, meaningfully, and peacefully strive for uninhibited freedom.
His latest projects seek to highlight the best of the human spirit as we interact with the natural world. Ratings 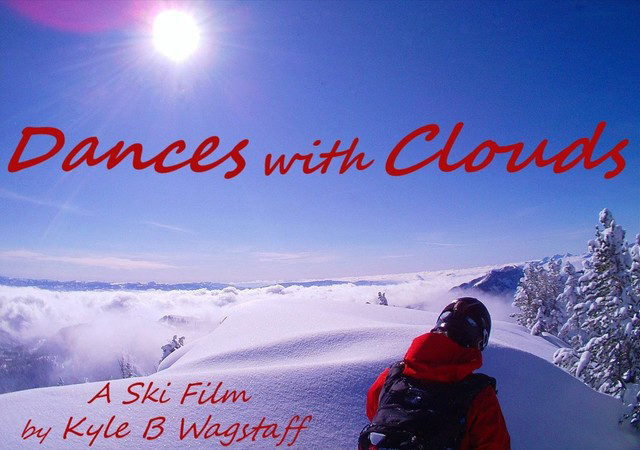