The story is the fictional account of the last five minutes of the acclaimed painter Vincent Van Gogh, who was a failure in his lifetime.
Death who has come to take him makes an offer which Van Gogh rejects and accepts the hands of death gracefully.

"Art is for entertainment, to make a better man. Man needs art, art does not need him.
Artists are born, they are just tools in the hands of the medium called art. If an artist loses his head on his success he would have pay for it dearly.
Many of them are often recognized only after their death like Vincent Van Gogh." (Madhu R)

Saheer Abbas was a former dance choreographer having nineteen years of experience in choreography and direction.
He is passionate about movies and dreams to be a well known movie maker. He has worked as an associate director in many films. He has also made his signature in some short movies, musical albums and commercial ads too.
Now he is moving close towards his dream of making his name in movie industry.

I live in the city of Trivandrum, Kerala, India.
Have been writing for thirty years. Have published two Malayalam novels and two English books.
"Death Offers Life" is based on my story 'Vincent Van Gogh meets death' from my book " Glimpses of life through Cobweb". 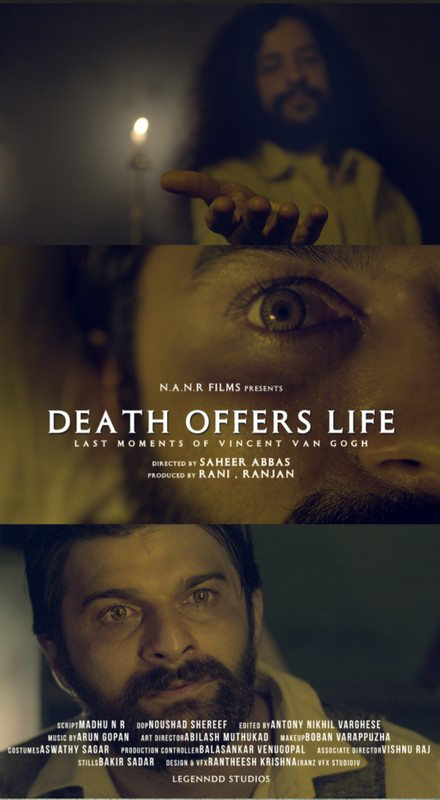