"No one knows another person. No one knows mankind."
Der Offizier is leading a hearing when he suddenly finds himself at a disadvantage. Will his own secret finally be revealed?

"Der Offizier is like most of us. Among his problems is that he longs to get away from his everyday life where he really has no say about anything.
In Der Offizier the iron curtain is still in place, telephone numbers are dialled and you never know if the person in front of you is who he or she claims to be. It is about being born in the wrong place at the wrong time. But also about how man’s biological age can be out of step with his mental age." (Olof Berghe)

Olof Berghe is a Swedish writer, screenwriter, composer and director, best known as the author of "Tokbok - en spillra av livet", and as the maker of "Heaven Here" with Anulaibar.
Der Offizier is his second short film screened on festivals. 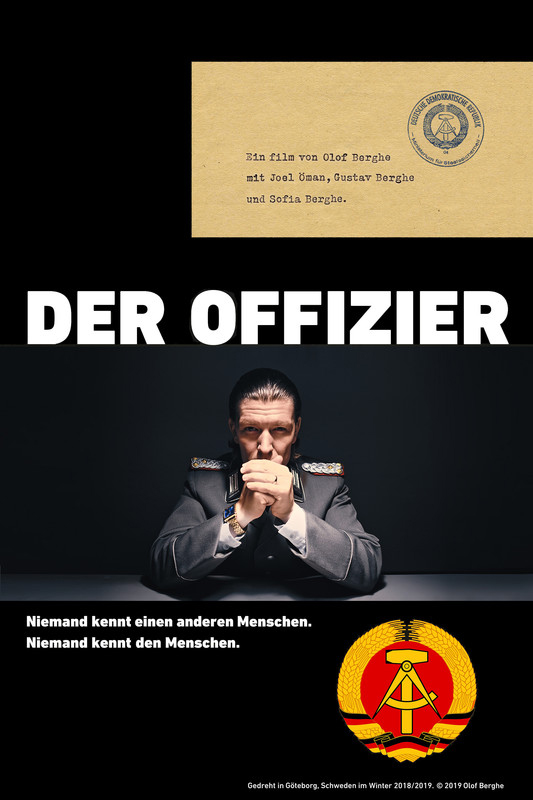