In a frenetic, chaotic and disordered Catania, Renny and François, the second impeccable and the first decidedly off-putting, are the right men to solve the strangest and most desperate cases imaginable.

"Fratelli Noir" is a noir series, set in the present day but with a strong 1950s flavor, which elegantly veers towards comedy.
It was born for the web, where it aims to immediately become cult and viral, but with the ambition to grow and evolve, together with its characters, to quickly conquer the big and small screen.
Everything revolves around two shabby private investigators, Renny and François Noir, the first bungler and vicious and the second precise and compulsive, so improvised that they do not even have a real office available, therefore forced to rely on a local from time to time, restaurant, bar, table etc. (narrative expedient that opens and also facilitates possible sponsorship scenarios by private individuals), where to wait for a phone call or a visit from a customer. In fact, for each episode they will be entrusted with a case to be solved and despite their apparent inadequacy, with the help of fate, they will somehow manage to get out of it in some way.
The series includes a dozen episodes per season, for a potentially unlimited number of seasons, where the protagonists will find themselves interacting from time to time with a series of characters destined to reappear, intertwine and evolve together with their stories over the various episodes.
All set in a mysteriously dark and noir Catania as in its deepest nature as a city on the slopes of an imposing volcano, where the black lava stone has imposed itself overwhelmingly and by right. This presages immediately a considerable impact on the territory, both at the media and economic level, to the advantage of institutions, traders and the whole community."(Daniele Gangemi)

Daniele Gangemi was born on June 18, 1980.
At the age of fifteen he gets fascinated by the world of photography and starts experimenting, shooting and printing with a reflex camera and with all the tools that he could find at that time.
During those years he starts working as an author and a host at two of the local TV channels. His versatility brings him to the radio station and for more than fifteen years he is the speaker and author of several Sicilian radio programs.
Between 2002 and 2003 in Bologna it’s the time for his debut as a director, producer and author of the short film ”Alter Ego” (a super 8 shot sequence).
In 2007 Daniele is hired to take care of the photography in the historical-religious movie “Petali di Rosa” with Claudia Koll and Antonella Ponziani.
In 2008 he is in Catania directing his first movie “Una notte blu cobalto” ("Cobalt Blue Night") for which he also writes the plot and co-writes the script. In this movie there are popular and talented actors and actresses like Alessandro Haber, Corrado Fortuna, Regina Orioli and Valentina Carnelutti and the soundtrack is written and performed by Giuliano Sangiorgi who is the moving voice of the Italian Negramaro band.
In 2009 he is invited to the 42nd Worldfest International Independent Film Festival of Houston in Texas for the world premier of his movie “Una notte blu cobalto” getting the award for the ”Best First Feature”. In 2010 Bolero Film decides to bring his work to the movie theatres and in 2011 CG Home Video starts merchandising the DVDs of “Una notte blu cobalto” throughout the home video world.
In 2013, on the “XVII Giornata Bambini Vittime”, the organization “Meter“ hires him to direct a campaign-spot against pedofilia dedicated to those kids who were victims.
The same year sees Daniele Gangemi’s work appreciated by the ”BBC Music Video Festival“ with the music video “Safari Now” which he had created, co-written and directed and which is performed by Salvo Dub and oTs.
From 2013 to today he also has the opportunity to work as Director of Photography for directors such as Elio Sofia, Mimmo Verdesca and Adriano Chiaramida.
From 2018 he is the Founder and Artistic Director of the Militello Independent Film Fest, the international independent film festival dubbed by the national press as the Anti-Venice (due to the indie vocation and the coincidence with some days of the Film Festival.). 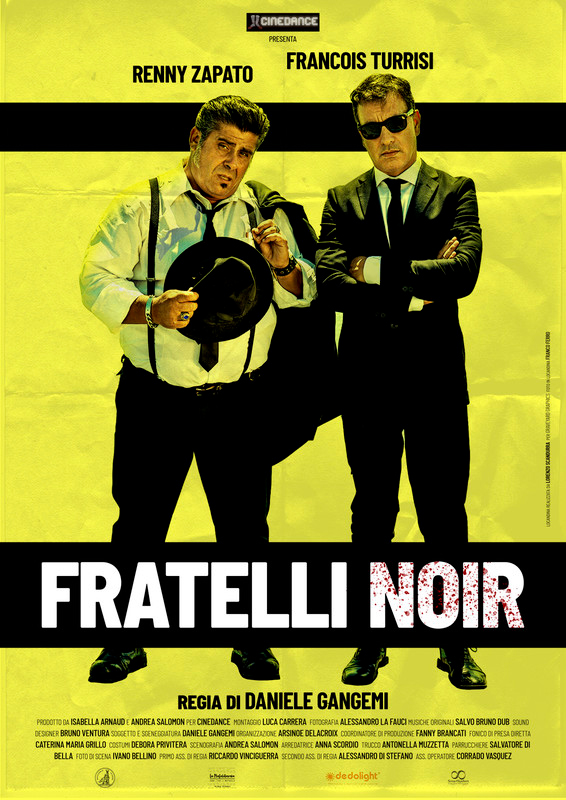