IT GETS IN YOUR BLOOD


“It Gets in Your Blood” is a short documentary by Ed Hartman.
The film is about Richard Lyford, a filmmaker who made 9 films before he was 20-years-old, worked for Disney on Fantasia, Dumbo, and Pinocchio, and went on to direct an Academy Award-winning documentary.
In spite of all of this, very few know who he is, or why he is important to filmmaking, today.

"Through an absolutely stunning sequence of serendipitous events, I have become thoroughly entangled with the work of Richard Lyford, an unknown director with an amazing backstory. It is my goal to get his film legacy to the public. I feel his story as a filmmaker is a great inspiration to anyone making films today." (Ed Hartman)

Ed Hartman started making Super 8 movies as a kid in Chicago, Illinois. After receiving his degree in music from Indiana University, he moved to Seattle where he has been a performer, composer, and educator. Ed Hartman has made dozens of films and videos over the years along with scoring films for other filmmakers.
In 2018 Ed was asked to score and produce, “As the Earth Turns” a 1938 unreleased silent sci-film made by a then, 20-year-old filmmaker, Richard Lyford, in Seattle. That film has been in 122 film festivals and won 136 awards/nominations, including 34 for best score. The film is in distribution, including Turner Classic Movies.
Ed owns the Richard Lyford film estate. His documentary, “It Gets in Your Blood” is about the director. He is currently writing a biopic about Lyford. 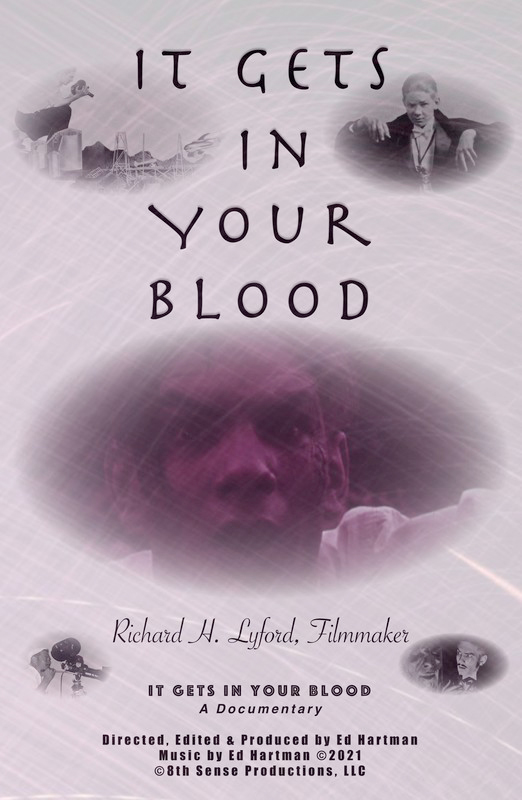