Xavier is a homosexual boy from France who came to Naples for a University Erasmus. Here he met Fortuna, a young and beautiful Neapolitan, in a sentimental crisis after her last relationship.
The two, initially in stark contrast, create a relationship that will be defined by Xavier as "laussesoreté". The mystery of this word will make their bond pure. It needs no relationship, no meat. it is essential only to try it.

Leonardo Avallone was born in Naples on July 21, 1996. He graduated from classical high school and began a course of study at the faculty of communication sciences, cinema and television address, to suor Orsola Benincasa of Naples.
At 17 he made his first amateur feature film "Vene in chains" which he published on the web and with which he reached three hundred and fifty thousand views.
Two years later, he made a second independent feature, entitled "Memento audere semper - remember to try ever", published in turn on the web, with over twenty thousand views.
His latest work is the short film "Laussesoreté", of which he signs the script and direction, and supports Claudia Napolitano in the leading role. 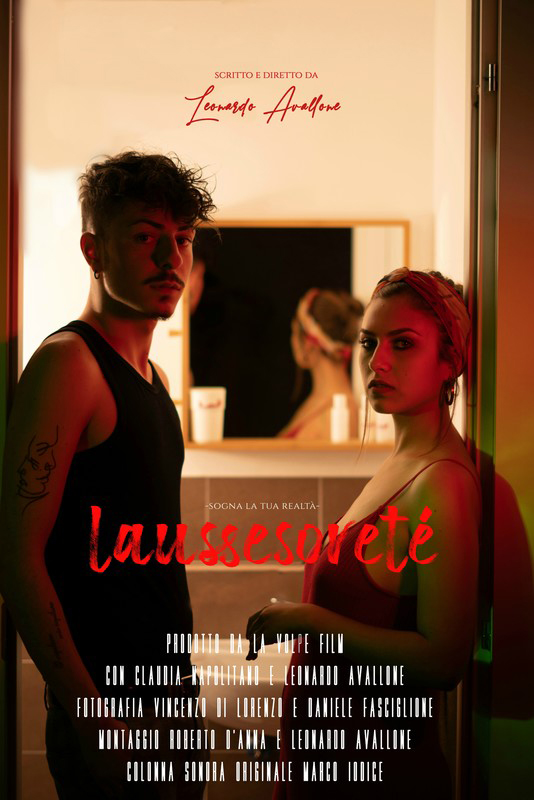