An Nuo: Writer, Producer and Director

"Mother Sea" was selected by the international organization-WomanKind and had a premiere in November in Manhattan. Now this piece is in the exhibition of WomanKind.
Nuo created this piece that describes the ocean symbolizing the characteristics of Mother Earth, the dedication to all life, the strength of the mother to promote and protect all life. Nuo seeks to prevent domestic violence and to assist victims who have been harmed.
hearourvoices-womankind.squarespace.com

"The Spiritual Dance is a new form that integrates dance therapy, ballet, contemporary, Morden, Taiqi, meditations, Drama and then, spontaneously grow to dance musical and film through Nuo's journey with 15 years experimental works in nature. 2020 is a challenge year for the global pandemic. But it also is a productive year. It reflect many society issues through my thoughts. As an original creator, I never stop to create and present my perspectives, I want to bring the light and hope to warm this world." (An Nuo)

AN NUO, FOUNDING ARTIST, ORIGINAL CREATOR, STAGE & FILM DIRECTOR, WRITER.
A Star of Performing Artist and Choreographer.
Born and raised in China and now residing in New York City, An Nuo is a celebrated performing artist, choreographer, dance menter and dance therapist with experience in the field of dance since age 4. She is the author of the thesis “The New Dance Form: Spiritual Dance Art”, and an original founding artist of the art of spiritual dance.
As a graduate of Beijing Dance Academy with a Bachelor’s Degree in Choreography and Performance, and hold two masters including that of the Pratt Institute’s Dance Therapy Program, for more than fifteen years An Nuo has focused on experimental dance in nature, environments and connecting to all life forms.
Also she constantly develops the dance theory to create what ultimately became the spiritual dance. Launched in China, incubated in the U.S., and imbued with a blend of Eastern and Western dance elements, spiritual dance integrates principles of ballet, modern dance, dance therapy, drama, Improvisation, Tai Ji, Laban theory, etc. The Authentic Movement into her movements and thoughts that is at once collaborative and healing to both body, mind, and spirit.
With her original and independent creative and integrated talent, hard work and passion, her works have spontaneously grown from dance to drama, and musical, becoming her dance musical, then, to film as her needs of creation and expression through her journey. The Spiritual Dance is her own root and integrates to other arts naturally.
She has received awards in Choreography, Dance, Performing Art, the education fields and fine art. She worked with over 200 performers nine years ago, as a film, stage and artistic director. She played four characters in a one-hour show in a dramatic work, "Before and After New York". She was rewarded 50,000 RMB (Renminbi - the official currency of the People's Republic of China) in 2008, as a winner of Choreographer work and education.
In 2018, the New York Arts Achievement Award from New York State Assembly Assistant Speaker, Felix W. Ortiz, for her contributions as an outstanding director, choreographer, and dancer. The award is given to esteemed artists at the top of their craft with extraordinary talents in their field.

An Nuo’s recent works include the first version of Moving Through Tea with visual art work (2013); Opera Dream (2014, New Theatre in NYC); Bird in Heaven (2014, Metropolitan Museum of Art) Dance Work: Zen Dance (2015, Brooklyn Museum Theater); a Boston New Year’s Eve performance (2015); a dramatic new work entitled Before and After New York (2016, Performance 15 Drama Festival); Tea Dance (2017, Dance in Italy) and Athene (2017, National Dora Stratou Dance Theatre, Athens, Greece). Symphony Space, Peter Jay sharp Theatre (2018 New York). Jazz at Lincoln Center (2019) Manhattan Festival, New Theater (2019) Mid Art Conference, Minneapolis (2019). APAP conference, NY (2020). The Spiritual Dance Musical: Iceberg. Exploration in Theater of the New City, Johnson Theater ( 2020). Dance Musical script: Iceberg. Exploration.(2020).
Videos: Face to Mountain; Hug you; Touching You; Wake Me Up; Can You Hear Me; Dialogue to Sculptures; A Flower on the Sea; (2020) Short Spiritual Drama Films: Mother Sea; Dance With Tree; Special Summer; Sprout; Starting From The Roots; Spring- Hope; Autumn- Harvest; Summer- Burn; Winter- The Power of Peace; Soarror; Faith; (2020) Englienment From Moon; ThanksGiving. (2021)
From 2014-2020, An Nuo traveled extensively across China as well as to Kenya to meet with tea scholars, specialists, and farmers in preparation for Moving Through Tea ; she also visited glaciers and icebergs in Alaska for Heart of Water . Japan and Cambodia for inspiration of Temples and Zen. Canada inspired her in nature, animals and ice of the world.
In 2017, she gave a lecture entitled “The New Dance Form: Spiritual Dance Art,” at the 50th World Congress on Dance Research, in Athens and at Harvard University’s Department of East Asian Languages and Civilizations. Most recently, she attended the Mid Art Conference in Indianapolis, where she networked with other performers and presenters.

An Nuo is a member of the United Nations Council on International Dance (CID) and frequently travels around the world in an effort to infuse her work with a global perspective and to impart lessons of spiritual dance to the world. 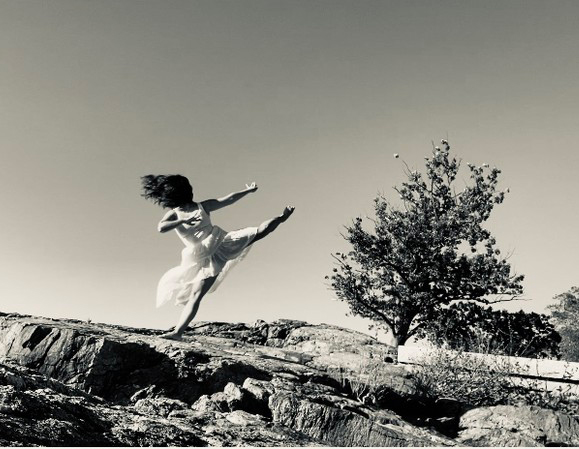