A struggling musician, trying to build his business of playing theme music for your day, gets hired by the wrong client.

Jason Land was born in New York City but grew up mainly in South Florida. He has lived in New York, Los Angeles, Atlanta and Miami.
Concurrent with building a successful career in satellite transmission for live television broadcasts, Jason has written and directed several short films.

In association with the International Academy of Film and Television, Jason co-wrote and directed “Ring Around the Rose” and “The Boardroom,” the latter winning Best Comedy at the Red Shorts Film Festival.
Jason has collaborated extensively with Darktooth Films and its award winning filmmaker Michael Eldon Lobsinger.

Under his own film company, Transient Films, Jason has also lead teams in the 48 Hour Film Project for several years, culminating in several short films, including, “Tahiti," "Open Your Eyes” and “The Stakeout,” which won the coveted Audience Award.
Jason loves to write, direct and collaborate.

Jason wrote and directed his acclaimed short "Ghost in the Woods" which screened at many festivals and is available on Amazon Prime Video. 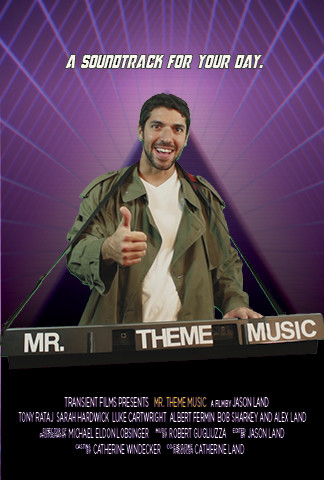