#OHNOTHEFTHEYDIDNT... TRUE STORIES FROM THE LIFE OF A POET (Trailer)

One Single Rose: Writer,Producer and Director


What do some poets do when they're pissed? They write! People sometimes get out of pocket taking us off our squares.
"oh no the F they didn't" moments seem to be more prevalent in these trying times. To that end, instead of reacting, my pen became a siren and a sword.
The power of the word takes the forefront to combat opinionated teachers, friends who became foe, love in war and more social issues.
Stay tuned to see where #ohnotheFtheydidnt...True Stories from the Life of a Poet goes. There just may be an episode with a true story that you may recognize.

Rosemarie Wilson a.k.a. One Single RoseTM is an award winning poet and playwright, spoken word artist, singer, actress, filmmaker, author of three self-published poetry collections, nice and naughty chapbooks.
Rosemarie is a Davenport University graduate, nine time National Poetry Award (NPA) nominee, 2010 recipient of the NPA’s New & Upcoming Poet, Poetry Author of the Year award, her CD Poetic Truth was voted 2015 Spoken Word/Poetry Album of the Year and she was named Best Female Poet in the 2019 National Spoken Word Awards.
She is a four time Who’s Who in Black Detroit honoree, first place and three time honorable mention recipient of the Detroit Writers’ Guild Paul Laurence Dunbar Poetry Contest, 2012 SAFE (Sisters Acquiring Financial Empowerment) Ambassador Award recipient, SVMixMedia.com’s 2012 Performance Artist of the Year, Detroit Metro Times’ reader’s choice 2014/2015 Best Local Poet, Hour Detroit Magazine’s 2019 Up-And-Coming Performer and she was nominated in the 2014 Spoken Word Billboard Awards.
Upon entering a slam competition for the first time at the Motown Museum in Detroit, Rosemarie was named Motown Mic 2014 Performance Artist of the Year.
In 2011, Rosemarie debuted as an actor in Detroit. She has since performed both nationally and internationally in a few amazing productions. A few of her notable performances include the Floacist’s Flovertex and Sidewalk Festivals of the Performing Arts in Detroit, MI, the Kistrech Poetry Festival in Kisii and Nairobi, Kenya, the Piton International Film Festival in St. Lucia as well as touring Europe in 2012.
She is currently a featured artist and songwriter with Defected Records, the United Kingdom’s #1 house music record label. Her poetry is published with Broadside-Lotus Press, two of the oldest African-American presses in the United States, Inner Child Press, Night Ballet Press, Crisis Chronicles Press and Writing Knights Press.
For four years Rosemarie hosted the Spotlight open mic poetry series in Detroit every 1st and 3rd Friday at Manila Bay Café, which was named 2014 Open Mic of the Year by the NPA’s and Detroit Metro Times’ reader’s choice 2015 Best Open Mic. 2014 marks the official launch of her non-profit motivational workshop series One Single Roses BloomTM, workshops centered on inspiring bright youngSTARS and seasoned adults to fearlessly follow their passions.
2014 was a year of “firsts” for Rosemarie—she released two spoken word CDs, (Poetic Truth available on iTunes and Straight Up, No Chaser). Her first and second full-length comedic stage plays entitled ADDICTION and I’m ADDICTED, Too! sold out in their productions at the Boll Family Theater on Broadway in Detroit (2014) and at the Motor City Youth Theater in Livonia, Michigan (2018).
For more information on One Single RoseTM, please visit www.onesinglerose.com. 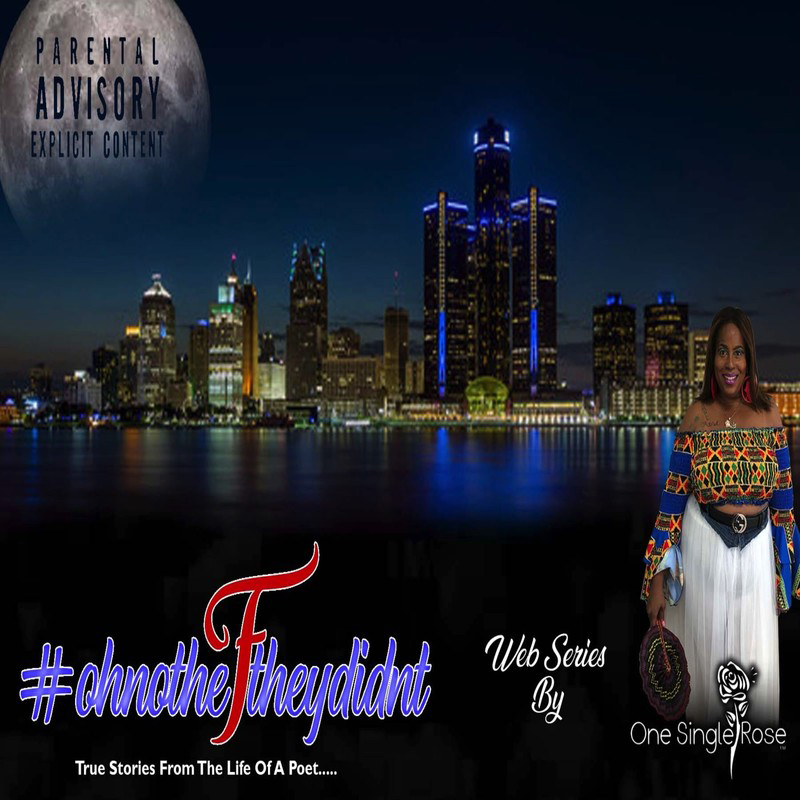