She is an international student, who leads a lonely and monotonous life mostly focused on her writing. Everything spirals out of control when she gets to know an impulsive girl who’s immersed in crazy love.

"It’s absurd that most people tend to live in their fantasy. The more obsessed with fantasy, the more neglect on reality. All those pointless insistence is done so that the sacrifices and pains can make sense.
In my film, one actress plays two different characters(Short hair girl and her imaginary figure-long hair girl).
The short hair girl just came to an unfamiliar environment, her life is lonely and monotonous. She wants to change her life. That’s why she wrote a story and created a character who’s totally different from her. Actually, she re-imagines a new possibility of herself.
The long hair girl’s life is crazy. She is passionate and impulsive. She doesn’t know how to love a person since she is childish and immature. When she fell in love with someone, all her behavior is trying to occupy and control the guy. That’s why she got hurts. She is stupid, but brave.
After the short hair girl finished her writing, she understands her character and realized she doesn’t need to change her life. People should enjoy their own life." (Jiahui Su) 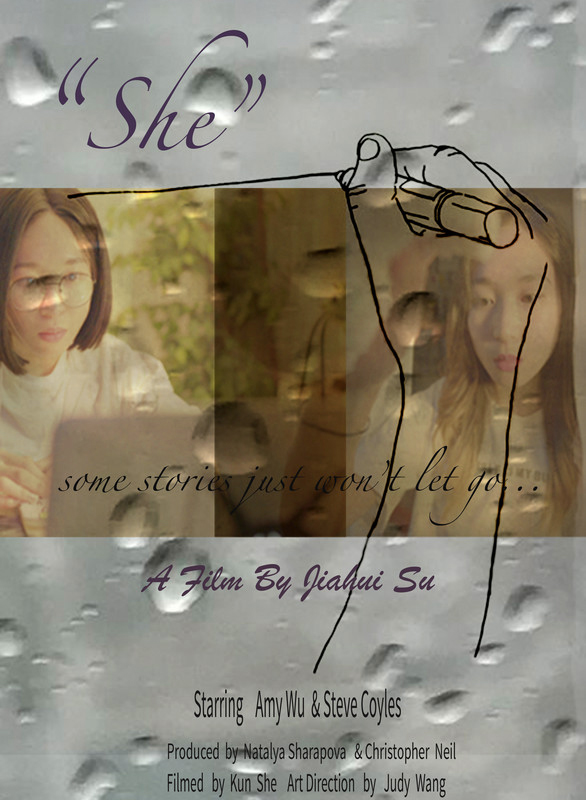