THE WEIGHT OF PERFECTION


A dangerous game of fire begins when an elite level gymnast and her coach become entangled in a web of psychological damage.

"I have come to realize that showing the true abyss of where a soul can get lost holds the greatest path to healing - for anything.
It's when we look in the mirror and allow all the fears to emerge that scare us. When we confront our fears, our worries of being "ugly", "horrible", "a lying piece of worthlessness", a "failure", "not good for anything" (the list of my former inner dialogue was long and arduous and I can go on but you can catch a glimpse of it written on the mirror in the films final scene).
We come to realize that we can return to innocence, happiness and healing, as we allow the surrender with a tenaciousness to hold it out until there is love again." (Anabelle D. Munro)

"I myself have struggled with an eating disorder. My biggest goal of the film is to use my experience to help others to “start the conversation”, to help in some small way with the healing process. Eating Disorders and Negative Body Image can happen at any age, place, or time, they can affect anyone.
This story at its core is that of two people struggling with a disease. We explore the parallel stories of a coach and her star athlete, as they battle their eating disorders.
I wanted this story to be told without judgment and for the audience to see these characters for who they are. I wanted to expose their pain, their fears, and their bravery to get up and face a new day. No one chooses to have an eating disorder. It’s a mental health disease." (Leanne Melissa Bishop)

Anabelle D. Munro is an award winning actress, writer, director, singer, producer, as well as the C.E.O of the film production companies Blue Boots Entertainment and HAT productions that she operates together with her husband Huntly Munro in Los Angeles.
Since 2017, Anabelle has been serving as the “The Queen of the AOF” at the Action Film Festival and this year, Anabelle proudly presents her own International Film Festival: “Anabelle Munro’s Most Important Films and Scripts in the World.

Leanne Melissa Bishop is a Canadian/American filmmaker, and former National Gymnast.
Her past directing credits include; the multi-award winning Candice & Peter’s Smokin’ Hot Date, as well as the upcoming, The Weight Of Perfection.
She trained at The Neighborhood Playhouse School of the Theatre in NYC, and has written, produced, and starred in numerous films
. She will appear next in the feature film What If, which she also wrote.
Leanne is also developing a TV series starring NYC's own film icon Radioman, and Foxton, an episodic spin-off of her films. 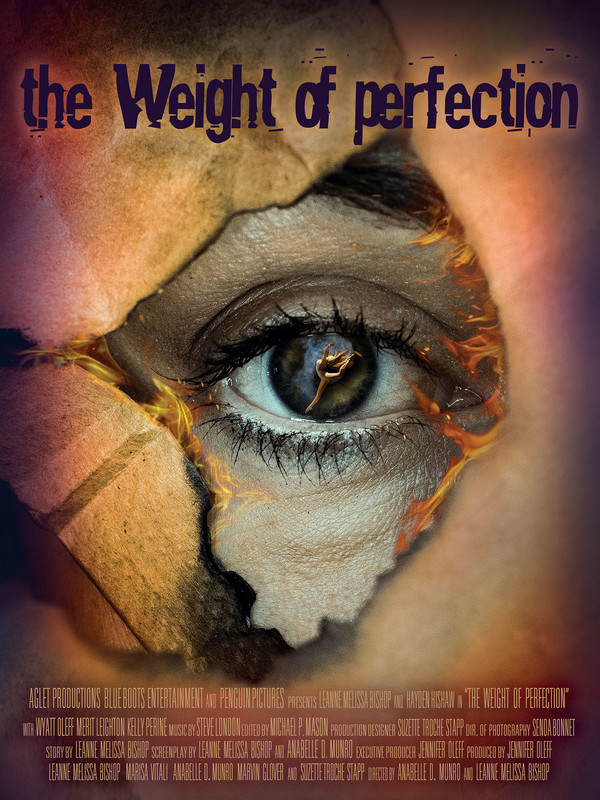