An inner journey of the soul to the unknown ...
Life is in the fire of sorrow ...

I don't know how many days more
This Innocent soul
Will burn out
Oh dear kindful lord,
It will be forever
Life is in fire of sorrow
I am burning in.
Always
-Lalon Fakir

Iasonas Psarakis:
"Iasi Ensemble is an international Musical-Dance Ensemble of World Music founded by myself.
The meaning of the word “Iasi” is healing - it has its origin from the Ancient Greek Goddess Iaso, who was the goddess of cures, remedies and modes of healing. She was the daughter and attendant of the medicine-god Asklepios. She was worshipped as the goddess of recovery, in the temple of Amphiaraus at Oropus.
Whirling Desert is called our first song (with elements of Indian Classical , Persian Classical, Sufi and Baul Music) featuring a collaboration with the outstanding Choreographer-Dancer Kehua Li (Lico) with whom we created a new form of art - where the ancient and traditional forms of Music meet with contemporary dance.
A multicultural journey from Indian Classical Music, to Persian Classical Music, to Sufi Music, to Baul Music, to contemporary Dance. It is there that our imagination can create the reality it deserves."

Nikolas Gkinis:
"This song and video is one of my favourites.
I loved the whole production and direct process and I think I managed to highlight every special and good moment of the collaborators. It was a very difficult production to be able to assimilate and bring to the same demanding high level artists from all over the Earth with different cultures and requirements. But I was lucky because all the artists and collaborators gave their best and I consider it my honour that they trusted me without any hesitation.
Music is the only international language that knows no borders and restrictions, but the love for the work is what makes the huge difference.
I want to thank from the bottom of my heart all the collaborators and express my gratitude and appreciation."

Iasonas Psarakis is a Greek-born composer and musician of North Indian Classical and World music, soloist of Sitar, Esraj and many other world music instruments, presently based in Santiniketan, Kolkata, India.
His career spans from European classical to Middle Eastern Music and journeys through Hindusthani Classical Music under the guidance of his gurus: Ameena Perera (daughter of Ustad Ali Akbar Khan), Pandit Debi Prasad Chatterjee, Shiraz Ali Khan, Amie Maciszawski and Sabyasachida Sarkhel.
He graduated from Sangit Bhavan - Visva Bharati University (BMus-HCM-Sitar/performance arts, final grade A+) and is a holder of scholarships under ICCR India along with 4 other Indian Merit scholarships.
Iasonas published his first album “Clay” (2014), a music album which was recorded in Lebanon with elements of Indian Classical Music and sounds of Iran.
He has showcased his music in theatres, concert halls, auditoriums, collectives, cultural venues, street performances, radios, international music festivals and archaeological sites in Turkey, Greece, Italy, Iran, Egypt, Lebanon, Greece, India, Italy, Bangladesh.
The world-renowned cultural organization “Bibliotheca Alexandrina” recently organised his first solo concert in Cairo, in the palace Beyt al Sinnari . He recently performed in Theocharakis B&M Foundation for the Fine Arts & Music in Greece.
Iasonas is also the founder and composer of musical art project “Iasi Ensemble” whose first music album includes collaborations with esteemed musicians and artists from Iran, India, Greece and China. It is currently being produced by Nikolas A Gkinis.
He is also a part of the musical "Hellenic Traditional Project", produced by Nikolas A Gkinis.
Iasonas also collaborates with renowned international artists like Kehua Li (Lico Dance), Ador Hooyar, Nikolas A Gkinis, Takis Loukatos and many others.
Most recently, he founded and curated the International “Independent Global Art Festival” and “Mukhti Bhoomi Festival", both hosted by Hihiri Pipiri international Art Residency.
www.iasiensemble.com
www.facebook.com/iasonaspsarakis
youtube.com/c/IasiEnsembleIasonasPsarakis

Nikolas A Gkinis is a music composer and producer as well as producer for media (Radio-TV-advertising).
As musician, he play guitar, bass, synth., piano and a lot of old Greek and eastern instruments (lute, lafta, tsumbus, tambour, oud, sazy, baglama). As a music composer he compose music for the Media, film, theatre, dance, cinema with more distinguished the musical composition for the latest film of Nikos Koundouros "Photographers”, that circulated in the discography and is a music trip to the East world music.
As a music composer and producer, he works in his personal studio, where has created a new place of expression, with specialization in the instrumental world music, in collaboration with Greek but also foreigner musicians and producers.
He was the founder of the group SYNDROME (1980-90), playing rock-funk music with a lot of influences from the Greek traditional music and perhaps he was one from the first Greek musician of his generation, who he dared expresses what was later named as world – ethnic music.
As a MEDIA producer he studied in NEW YORK and he worked in New York, Paris and Athens. In Greece, he has worked in Media, in various places:
1. As a radio and television producer: TOP FM, 902 FM, PLANET FM, TEMPO TV, 105.5 FM
2. As producer of signals, publicities and projection:
In the INVESTOR, SPORT TIME, POWER
3. As Adviser of Chairman of ERT ( Greek National Radio-TV)
On subjects of Archives, Files of acoustic material and on subjects of broadcasting corporation
4. As responsible collaborator (project manager)
For the production company POWER MUSIC PRODUCTION
5. As responsible collaborator (project manager)
For the track-music of Olympic Games, in all Olympic stages of Athens and province in ATHENS 2004 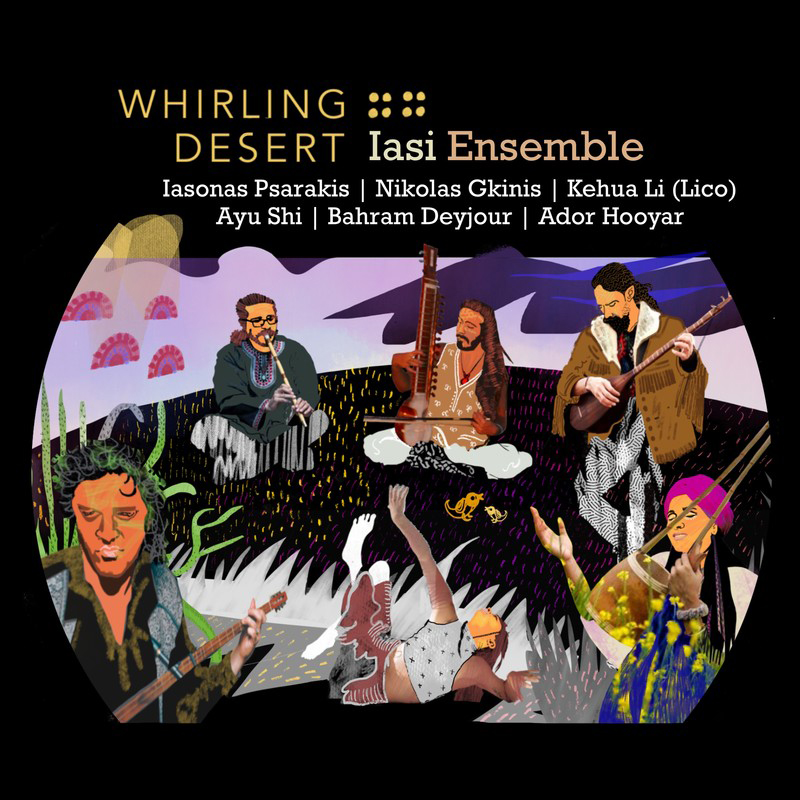