MANUAL OF THE TYRANT (Script)

Dr Landis, a shy psychologist and researcher,conducts an academic experiment on the physiological reaction of the human being to emotional inputs.
During this research, he is aided by his trusted colleague and friend Milgram, and by the sensual Ph.D. student Natasha, with whom Landis is secretly in love.
Milgram is talkative and charming, the opposite of Landis, who, under stress, is a victim of hallucinations and nervous tics.

The experiment does not give the results desired by the two professors. They decide to raise the stakes and have their testers perform increasingly macabre and violent experiments.
Two-thirds of the participants overcome their ethical opposition and, "for the sake of science", carry out orders imposed by Milgram, even agreeing to cause physical violence to other people.
This sick development of research leads the two to a shocking discovery: obedience is not imposed by an inability to understand what is right or wrong, but by identification with a source that passes off cruel actions for virtuous and necessary gestures.
Landis and Milgram hold the secret to a real tyrant manual. Landis, driven by his moral correctness, wants to keep the discovery secret. On the other hand, Milgram, driven by lust desire for fame, wishes to divulge his discovery and win the Nobel Prize.
This opposition leads the two researchers to clash, revealing an unexpected personality of Landis, which rises after he witnesses Natasha suffer violence by Milgram’s hand.

Born on March 26,1982 in Bra (Cn),Italy, Andy Barreca is a multi award winning and versatile Actor, Producer,Screenwriter,Film Distributor.
He has lived in the United States and speaks English. He worked in national and international film productions. Andy Barreca is known for his roles in the films/TV Series "Vedhalam" (2015),"Non Uccidere 2" (2017),"Triangle" (2019). He won the "Best Actor" and "Best Outstanding Cast" at Venus Italian International Film Festival in Las Vegas - NV. He is co-founder of Top Players Production based in Turin - Italy.

Cataldo De Palma was born in Turin (ITALY),he studied Acting from 2005 to 2011 at Dreams Communication and Sergio Tofano Drama School,directed by Roberto Freddi and Gigi Livio.
He worked in the Italian film industry,first with Pancreas Film and Ferrafilm productions. In 2013 he wrote his first comedy work,”Casa Balducci”, having success.
Cataldo became the lead actor in the Ulla Alasjarvi’ shows,based in Turin at Espace Theatre.
He also studied Writing and Directing at Distretto Cinema,joined a filmmaking programs.
As an actor,from 2015 to 2017 he worked in “NINE“ Web Series, La stanza del sorriso and Interno familiare movie.
Cataldo directed his first Short Film in 2015,”IO NON CI CASCO”.
Always in the same year,he is co-founder of TOP PLAYERS PRODUCTION with his friends and colleaugues Andy Barreca and Diego Violante. In 2018 he is the director,writer and actor in TRIANGLE Short Film,Thriller produced by Top Players Production,shot in Turin. 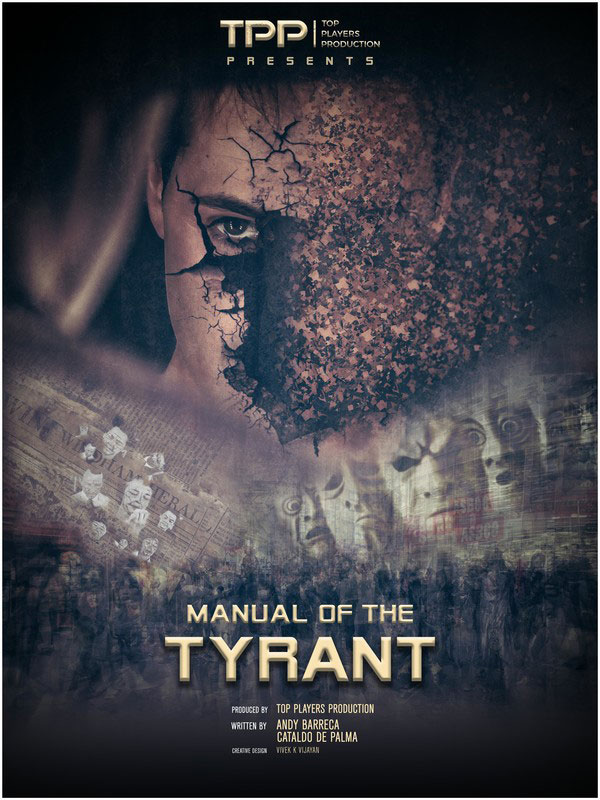