It is the luckiest day of Pietro, a boy who tries to survive by avoiding duties and responsibilities.
Driven by external forces to an unusual take on courage, he find in his hands an opportunity for work that could change its destiny.
Pietro could take this opportunity if it were not that Fortune requires preparation.

He was born in Magenta on January 30, 1994.
During 2015, when he visited Paris, where he stayed for more than a year, he first met Denis Jouffrey, a Parisian publicist with whom he worked as an assistant and then Mario Gonzalez for whom he worked as assistant director in several theatral plays.
He cultivates his passion for filmmaking and in 2017 he directs his first short film "Un Giorno".
In 2018 he directed a documentary "TuttoVero" produced by B49 and assisted by the French Juliano R. Salgado.
In 2019 he wrote and directed "IMPIETRO" the first short fiction film produced in collaboration with Thunderground Production. 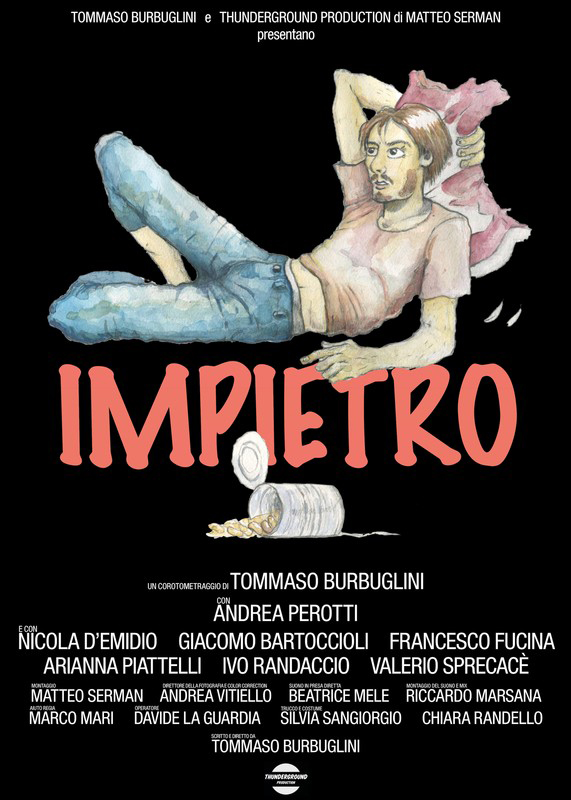