A couple spend an eerie Bruch at a local restaurant they've been dying to try.

Tom Young started acting twenty plus years ago and is probably the best actor you've never heard of.
Tom has landed guest starring roles in network television series including Walker, Texas Ranger, Dallas Reunion, and The Good Guys.
He has a recurring role in the independent television series Cowboy and Lucky as Brother Sam.
He's appeared in numerous independent feature films and shorts.
He has the lead in several indie films currently making the festival circuit and can be seen on the Sci-Fi Channel in Humans vs Zombies.
He was nominated for Best Supporting Actor for his role in Searching Serenity at the Terror Film Festival.
Murdoch where he stars as Murdoch won numerous awards in several festivals.
Tom was nominated for Best Actor for his lead role of Detective Grimes in the suspense feature A Tangled Web at the Fly Film Festival.
Tom has won numerous Best Actor awards and acclaim for his role in A Serious Predicament’currently on the festival circuit.
His film The Dancer, which he Wrote, Directed and Starred in took second place for Best short film at the Lake Charles Film Festival.
His entries which he conceives and writes into the Doritos Crash the Super Bowl contests have won high praise and always rank near the top of the voters favorites list.
His second film which he also Starred in Produced and Directed Human Wreckage won Best Short in the Action On Film Festival in Los Angeles.
A Dark Alley makes his forth collaboration with writer Dustin LaValley.
His most recent script The Lightning Man, which he Produced, Wrote, Directed and Starred in has won numerous awards at varied festivals. 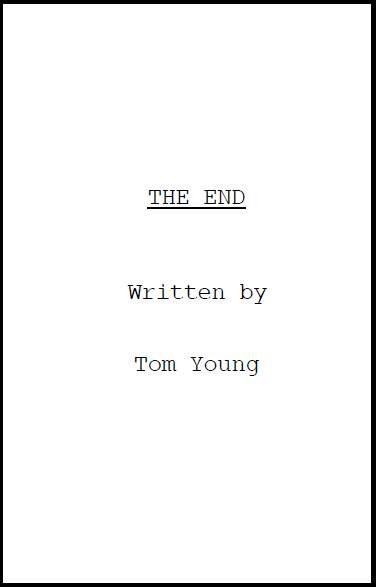