"I believe stories find you, not the other way around. The initial idea for The Keeper came to me from listening to my wife recount one of her crazy dreams.
After I wrote the script, I had my wife and producing partner read it. She put the script down and said “This taps into too many of my fears. I’m not sure I can help you produce this.” The next day she said, “I keep thinking about that script.” The journey began.

What happens when two people, who are looking for two different things, meet? Living in a hectic world we can easily lose sight of the fact that we yearn for connection. Does the longing for these connections make us take more risks? At what cost?

I’m fascinated with watching people and how they move through a space. I like to catch snippets of conversations, some of which I used in the script.
It is amazing to me at how unaware or oblivious people are to what is happening around them.

The reality is that we live in a world where some of our most personal moments are “Shared” with “Friends”.
We are much more captivated by flashing notifications on our mobile phones than what we are actually living. (Bob Celli)"

Bob Celli is an award winning Writer/Director and Actor.

Most recently Bob wrote and directed Brooklyn In July, a short film based on Frank Walker, an African-American WWII veteran, drawn to New York by the promise of better life only to be confronted by the same realities, fear, and hatred he hoped he had left behind. ﻿He is a man scarred by a past that is lurking skin deep. based on a true story and inspired by actual events.
The film was an official selection at 49 festivals in the US and abroad, and garnered 32 awards and 54 nominations, including Best Director, Best Actor, Best Supporting Actress, Best Dramatic Short, Best Screenplay and Bob was the recipient on a Humanitarian Award.

Bob also wrote and directed Figs For Italo, a short film based on a true story that happened to his mother during WWII and is also inspired by actual events.
The film was an official selection at 32 festivals in the US and abroad, and garnered 17 awards including and 32 nominations, including Best National Short, Best Dramatic Short, Special Jury Award - Short film, Best Director, Best Screenplay and Best Cinematography.

Together with Laura Delano, DelanoCelli Productions work-shopped and produced the world premiere of Down Range, a play by Jeffery Skinner.
The production was sponsored by Beth Davis In Good Company and all profits form the production were donated to Soldiers Heart, a veterans' return and healing project addressing the emotional and spiritual needs of veterans, their families and communities. Bob is now developing a feature screenplay adaptation.

They were associate producers of the Off-Broadway show Circle by Suzanne Bachner. Circle was the winner of the OOBR for best ensemble cast and SPOTLIGHT AWARDS.

Bob’s recent acting appearances include Gotham, The Blacklist, The Onion News, Down Range, and Circle. 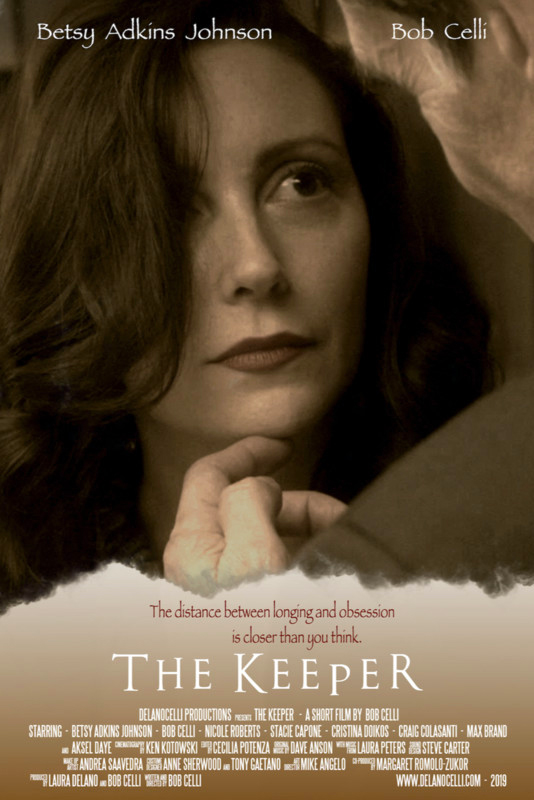